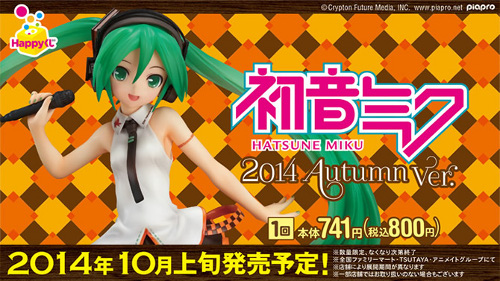 The previous information leaks regarding the upcoming Autumn Family Mart Promotion have proven to be true, and we now have photos of the prizes that will be available starting early October. The promotion will work the same as all past lotteries, where you must purchase an 800 Yen ticket from a Family Mart store to win a random prize. For this promotion, there is a total of 9 prize tiers. But this time, the TSUYATA & ANIMATE Group stores are also participating in the promotion. 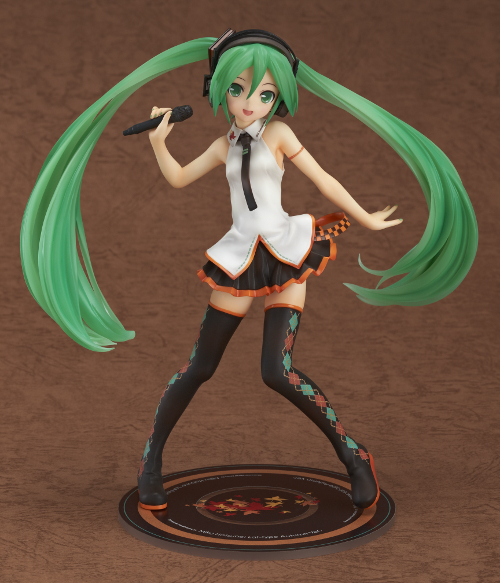 The top prize (or second rarest prize) of the promotion is the Autumn colored LAT Miku scaled figure. Other than for the color scheme, the sculture is based on the original 1/8 scale LAT Miku figure. 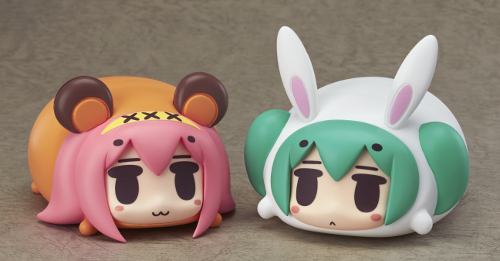 The next two prize tiers are cute desk figures designed by CHAN×CO. They come in only one variety for each tier: Hatsune Miku for tier B, and Megurine Luka for tier C. The figures also double as a stand for notes, or anything else that might be paper thin. 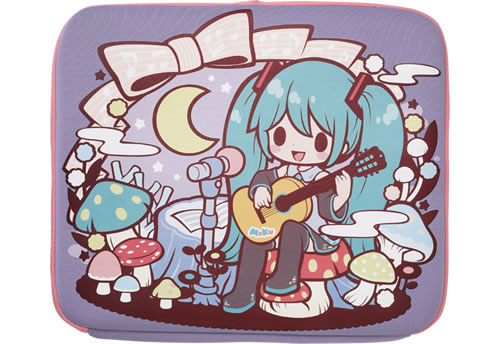 Featuring artwork by Fujinoki Tomoko, this flat pouch shows Miku playing music on an autumn night. It’s perfect for carrying around your tablet, small notebook and some documents. 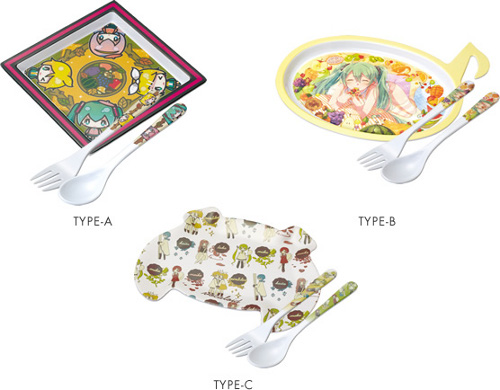 For the E prize tier, winners will receive one of the three different Melamine plate sets pictured above. Each set will include a plate, fork and spoon. 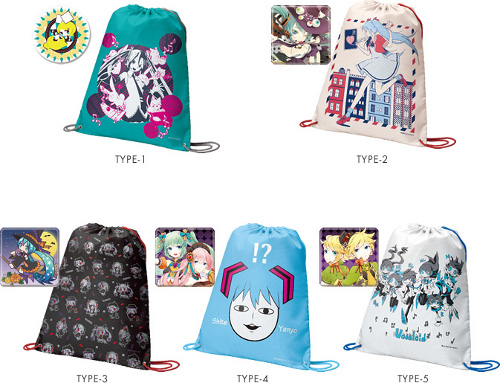 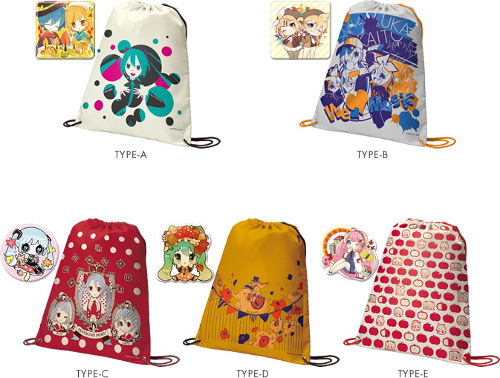 The napsack prize tier is interesting, as the bag design choices vary depending on if you purchase your tickets at Family Mart, or TSUYATA & ANIMATE Group. There is 5 designs per store, for a total of 10 different designs. 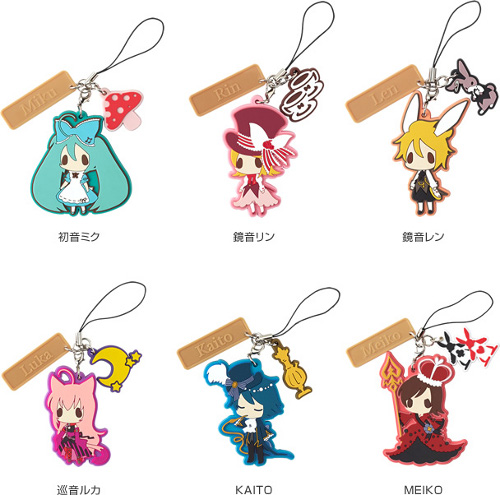 Based on the illustrative designs of OSTER project’s “Alice in Musicland“, these cute rubber straps also include an additional tiny charm to accompany each character. There are 6 varieties in all. 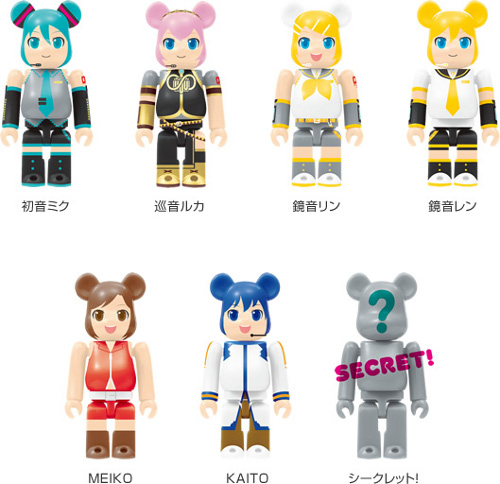 The bottom tier prize is a Bear Brick BE@RBRICK figures based on the 6 Cryptonloid characters. There is also a 7th secret character that is currently unknown. Any guesses as to who it could be? 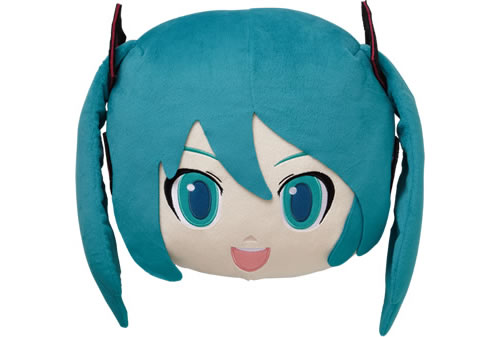 The “Last” prize is the Mikudayo face cushion, which can help you achieve the nightmares you desire in your sleep (just joking). In order to receive the “last” prize from any store, you must purchase the remaining ticket. For this reason, the “last” prize is also the rarest prize in each promotion.

Additional images of the prizes can also be found from the Happy Kuji website. If you plan to participate in the fall lottery promotion, good luck! Via Hatsune Miku Blog