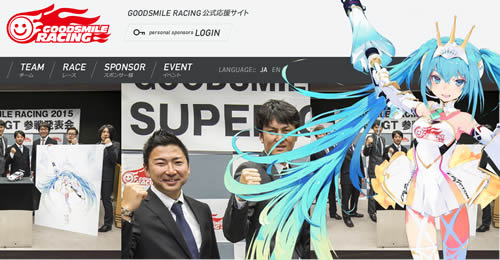 A short while ago via Good Smile Racing’s nicovideo live stream, the team announced the all-new Racing Miku 2015 design, as well as an all new car for the 2015 racing season. Rather than a BMW Z4, GSR will now be using the Mercedes SLS AMG GT3. Currently, GSR does not have the actual car ready for display, so a scale model was revealed in its place.

The new Racing Miku, referred to by GSR as a “Princess Knight”, was designed by Koyama Shigeto, and illustrated by Taiki. It features an interesting design of Hatsune Miku carrying a shield with an umbrella that rolls into a lance.

Additionally, Nendoroid sponsorship courses will be opening on January 1st, much earlier than expected!

The official Good Smile Racing website has relaunched with the new info and artwork: http://www.goodsmileracing.com/