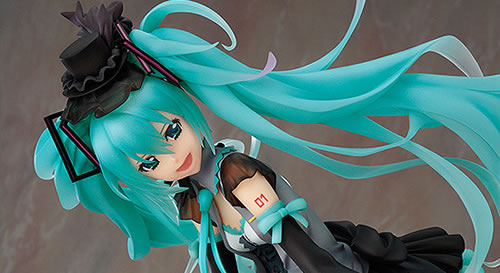 You’ve likely seen photos of this sculpture teased at the recent Wonder Festival or Miku Expo events, and wondered, like many of us, when this figure would see the light of day. That day has come, and the Hatsune Miku Ebata Risa ver. 1/7 scale figure is finally up for order!

The figure was inspired by the artwork of Ebata Risa, which was created as the cover for the album “Melody Line(s)” by SmileR, which released earlier this year. Ebata Risa is also well known as the character designer for the Macross Frontier anime series.

The details and appearance of the figure, sculpted by Max Fectory, are quite stunning and unique compared to previous figures, with Miku sitting on a large crystal that appears to be floating in the air. Her outfit has a gothic lolita style, which may highly appeal to certain collectors.

The figure has an MSRP of 19,800 Yen ($165 USD) from Good Smile Company’s online shop, and orders will remain open until January 21st, 2015. It is expected to ship sometime in July 2015. The figure can also be found from several other online retailers for various prices, so feel free to look around.

Check out some of the preview images below, or view the full gallery from Good Smile Company’s website! 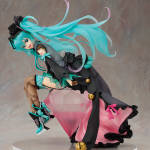 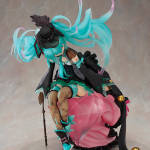 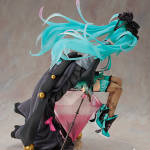