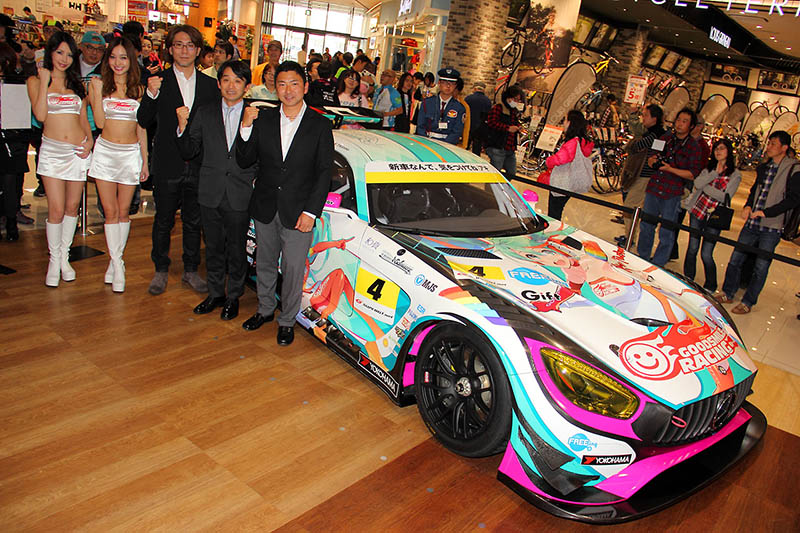 Goodsmile Racing revealed an all-new Mercedes Benz AMG GT3 2016 edition for this year’s racing season on the past Valentine’s Day. The car comes fully wrapped in a new Racing Miku 2016 illustration presented at the Winter Wonder Festival 2016 on February 7th.

In addition to the car reveal, Goodsmile Racing also released the design for Racing Miku 2016: Team Ukyo Cheering Ver. in a cycle jersey.  This is the second year in a row that Racing Miku got a cycle jersey look since the first design reveal in October last year.

Below is a gallery of photos taken at Aeon Mall Makuhari New City in Chiba prefecture via AUTOSPORT web.