Goodsmile Racing’s year-end live stream and website update brought some news about the upcoming 2016 racing season, which includes the new Racing Miku design, racing vehicle choice, and team drivers. To start, both previous drivers, Tatsuya Kataoka and Nobteru Taniguchi, will continue racing for the team in the 2016 race season.

GSR caused some suspense during the live stream by opening a quick poll for fans to guess which car Goodsmile Racing will be using for the 2016 season: The Huracan GT3, Bently GT3, M6 GT3, or the AMG GT3. Most fans during the live stream picked the AMG GT3, but it was all in good fun. Goodsmile Racing will continue with the Mercedes AMG GT3 (2016 model) for next year as well, with #4 as their race number. 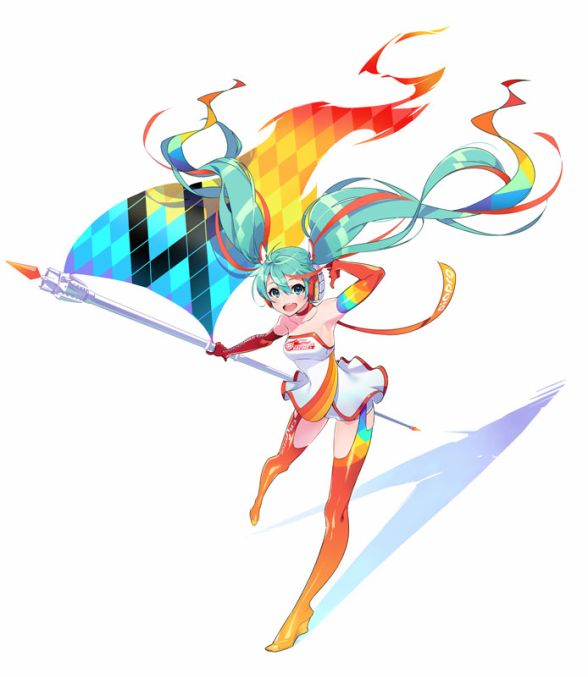 A front-side view of the previously teased Racing Miku design was finally revealed, showing bright and vibrant colors that truly match the themes of a blazing phoenix. The official illustrator is Mai Yoneyama, who is known for art direction in anime such as Kill la Kill, Sword Art Online, Black Rock Shooter (TV) and more. The art design was directed by Shigeto Koyama, who shares a fairly similar work experience with Mai.

Good luck to Goodsmile Racing in 2016’s SuperGT competition, may your burning spirit speed you to victory!