November 5th marks the 8th anniversary of the release of Crypton’s first Vocaloid, Meiko. We’ve come a long way since that time, and Yamaha no longer even supports first generation Vocaloid voice banks with their latest Vocaloid3 engine. But fret not, she will soon be updated to V3 along with the rest of the Crypton cast

Karent is celebrating Meiko’s anniversary with the release of several new albums.

As a late mention and apology on my part, November 1st marked the 5th anniversary of the creation of one of the most popular fan-made Miku derivatives: Akita Neru. 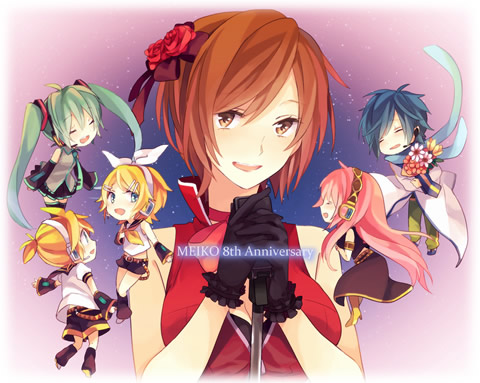