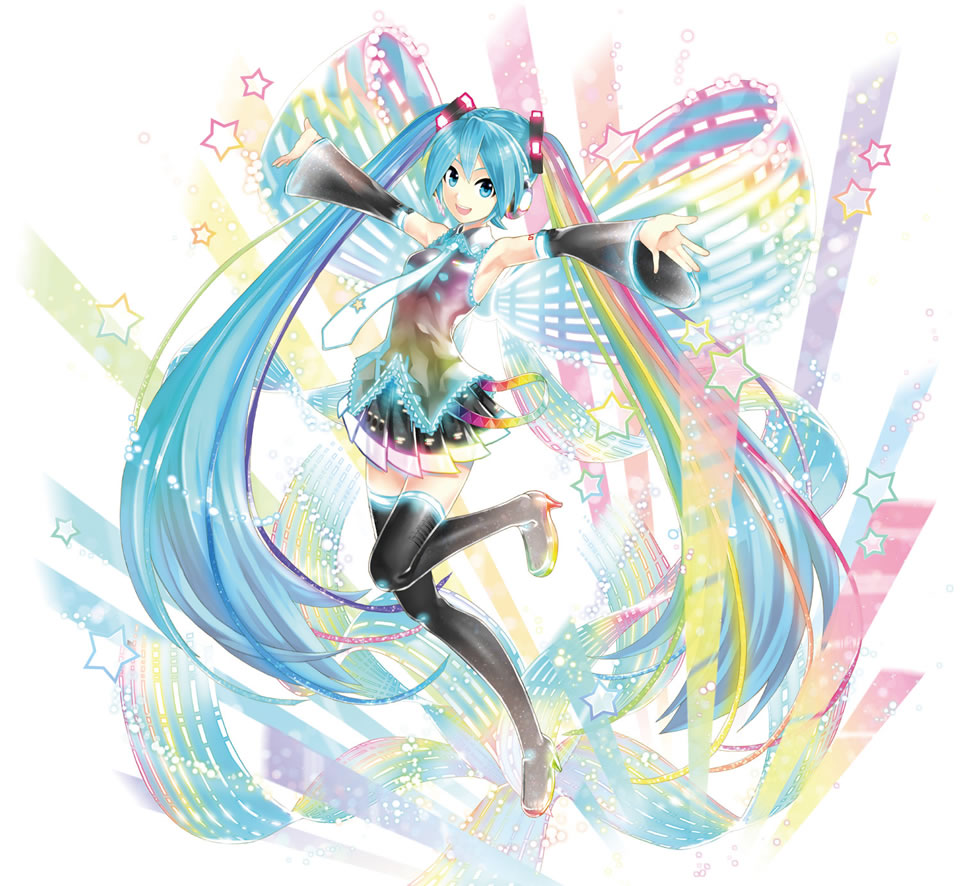 I couldn’t have imagined it has already been 10 years, but before I knew it a decade had passed in the blink of an eye. I felt this special ocassion called for an outfit more beautiful than usual.

For the 10th anniversary, I designed a large ribbon on the base design of Hatsune Miku to give an anniversary feeling. Various appearances of Miku were born in the last 10 years, and the rainbow is to wish for many more shapes of Miku to appear in the future as we (the community) grow. Congratulations on the 10th anniversary!

On the official anniversary site, you’ll also find a timeline outlining all the major points of Hatsune Miku’s history from her first software release, her first video game, first concert appearances, the birth of Snow Miku and more! Check it all out on the official site! → http://piapro.net/miku10th/