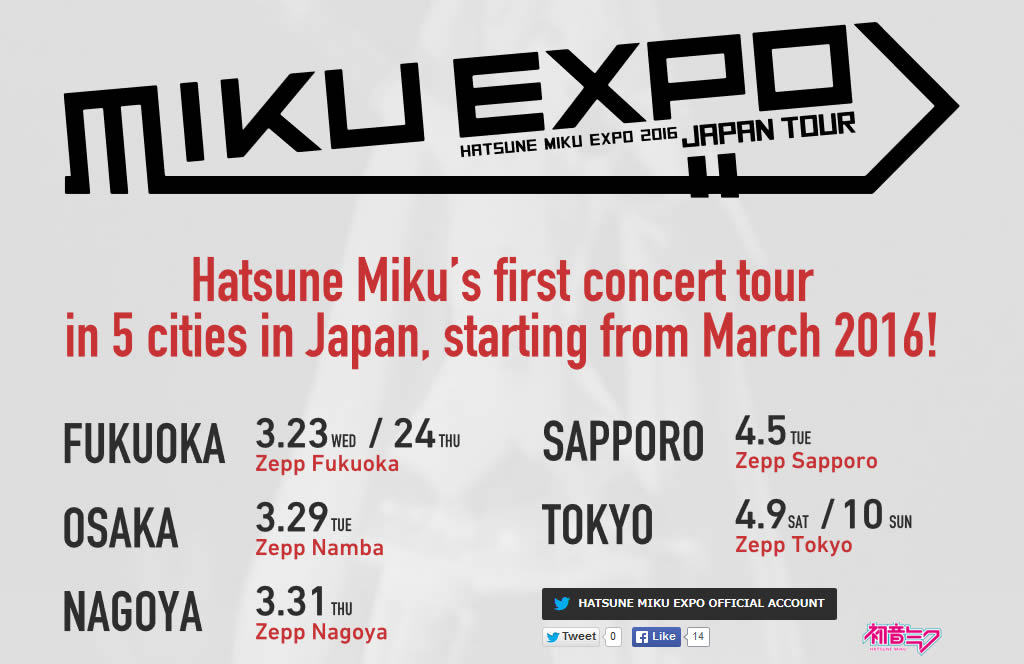 While the past Hatsune Miku Expo events have been in international locations outside of Japan, it looks like Hatsune Miku fans in Japan will also get to enjoy a taste of what the expo events have to offer. The tour will take place in 5 different cities across the country starting late March 2016.