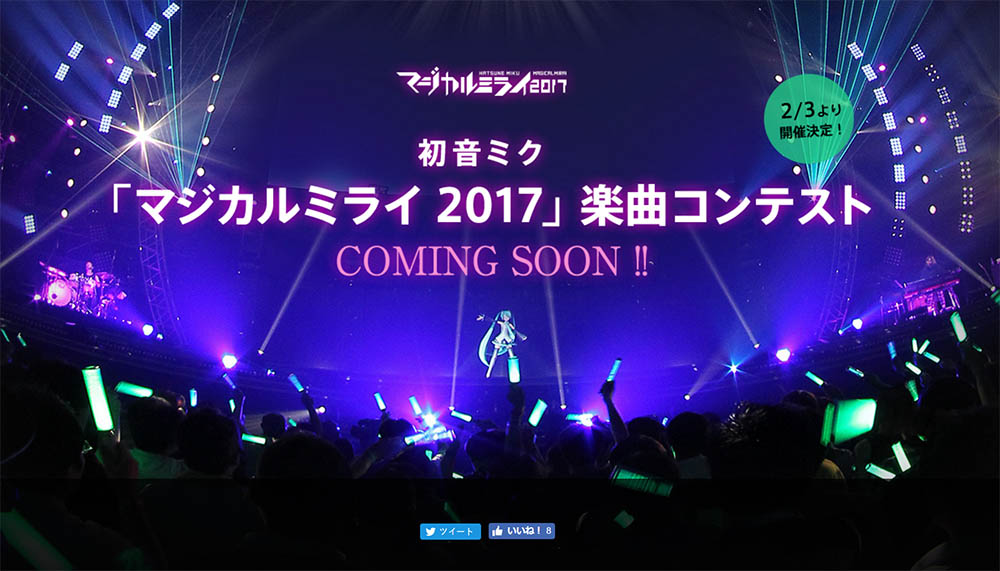 Crypton Future Media has announced Hatsune Miku: Magical Mirai 2017 song contest as of today. Fans are invited to take the rare opportunity to have their songs performed at Magical Mirai, the biggest and most recognized Hatsune Miku concert & exhibition event held in Japan!

Recruitment period will begin on February 3rd at 17:00 JST with further details regarding the contest to follow on the same date. The deadline for song submissions will be on April 3rd at 17:00 JST.

UPDATE: The song contest has begun on Piapro! In celebration of the announcement, a trial version of Hatsune Miku V4x has been made available on SONICWIRE for a limited time of 39 days! Rules to consider are as follow:

EDIT: The early tag has a space in it. It has been taken notice, and removed.