Needless to say, I think we were all expecting a DVD and Blu-ray release of the Mikupa in Kansai concert event at some point. It looks like those expectations have been answered, as there are now three different sets to choose from this time around. If you’re wondering about the Hong Kong, Taiwan and 2013 Sapporo concerts, those have been acknowledged in this announcement as well! 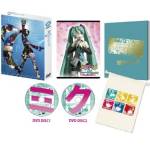 Up first is the DVD set. The entire 3 hour event spans two DVDs and includes all 39 songs. If you preorder from Amazon.co.jp, you can receive the following bonuses:

A special decorative box, a full brochure of the event containing additional images and infomation, and a white carrying pouch decorated with the images of all 6 Cryptonloids.

The DVD set is priced at 5,284 Yen and ships internationally. Please note that DVDs are region locked, and may require special steps to be playable in other regions. 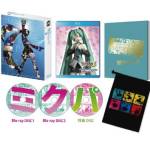 Up next is the Blu-ray set, which is similar to the DVD set, but with a few important differences.

The Blu-ray set includes a bonus disk containing special footage from the 2012 Hong Kong and Taiwan concerts, as well as the recent 2013 Mikupa in Sapporo event. The carrying bag for this set is black instead of white.

The Blu-ray set is priced at 6,838 Yen, and ships internationally. 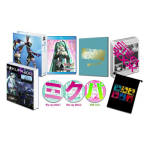 The final set is much pricier, but contains a few attractive bonuses that are exclusive to Amazon.co.jp orders. It includes all bonuses found in the Blu-ray set shown above, as well as the following items:

All three sets are scheduled to ship out on August 30th, a day before Hatsune Miku’s 6th anniversary. Alternatively, the first two sets can also be ordered from CDJapan (DVD and Blu-ray) and Amiami (DVD and Blu-ray).

If you missed it before, here is a video from the official Hatsune Miku YouTube channel containing footage and interviews from the Mikupa in Kansai event: