In a surprising discovery just earlier today, Hatsune Miku was named #8 out of 15 characters on TIME’s 15 Most Influential Fictional Characters of 2014.

While the popularity of TIME and the mention speaks for itself, it’s interesting to see Miku placed next to characters such as Star-Lord from the recent “Guardians of the Galaxy” film, Stephen Colbert and Elsa from the film “Frozen”. 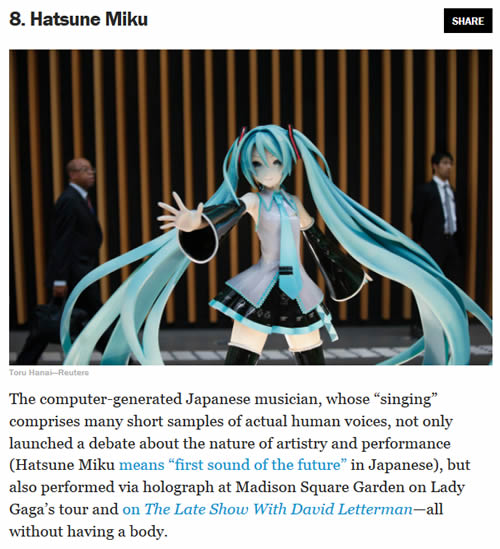