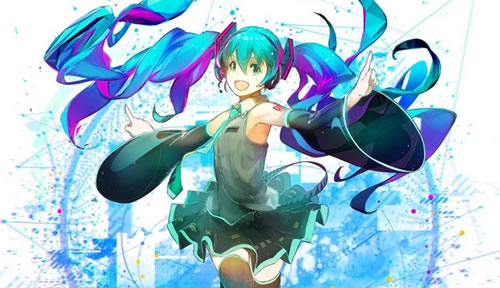 Recent news releases by several major sources, and confirmed via the official Miku Expo twitter, has told us that Hatsune Miku is scheduled to make an appearance on The Late Show with David Letterman on October 8th. The Late Show is a hugely popular variety talk show featuring David Letterman and Paul Shaffer on the CBS channel in the U.S.

For the appearance, Hatsune Miku will make a brief performance to show off the technology used to allow her to perform “live on stage” at concert events. The appearance is likely to help promote the Hatsune Miku Expo events in Los Angeles and New York, which will take place just a few days later.

How the U.S. audience will react to Hatsune Miku’s appearance is unknown, but we will find out in less than a month’s time.