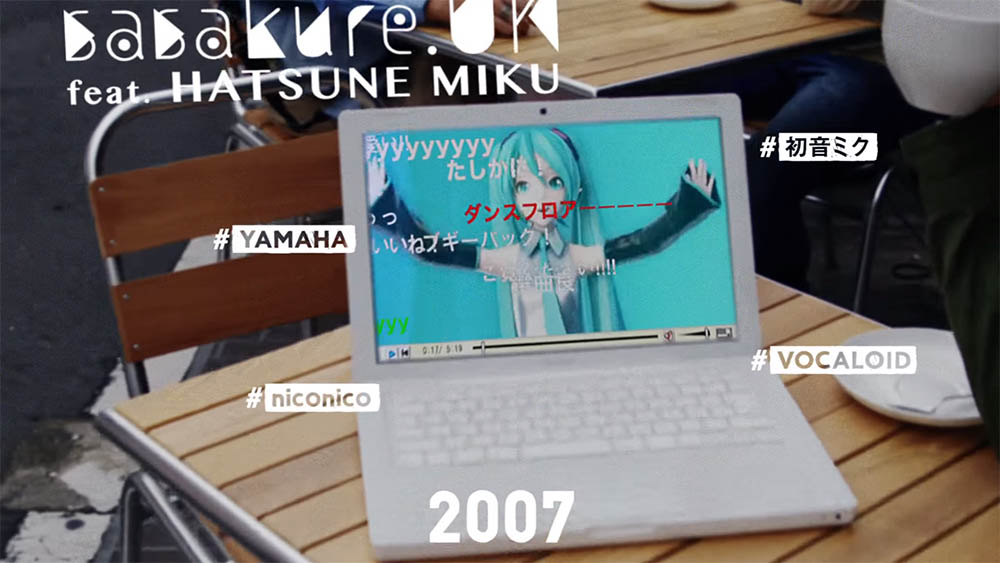 Hatsune Miku’s appearance as seen in the video

In celebration of its 40th anniversary, the leading Japanese clothing retailer BEAMS has released a music video featuring 40 years worth of fashion and trend in Japan since 1976. The music video features a great number of artists, including sasakure.UK and Hatsune Miku, singing to the song “Kon’ya wa Boogie-Back (smooth rap)” by Scha Dara Parr. Below is the music video in question.

Hatsune Miku’s appearance can be seen from 3 minutes and 41 seconds onward in the music video.