The two following pieces of news are for things that have already been recently announced, although were not published directly on this site. We tend to post updates through our social media outlets much faster, and we sometimes forget a site publication when time is short. So without further ado, here’s what was missed.


This is news we actually caught almost immediately after the first announcement tweets were made, but a lot of information was not yet available at the time. KORG MIKU STOMP is a guitar effect accessory powered by YAMAHA’s eVocaloid technology that uses their own NSX-1 chip to allow vocals to be produced in real time. Through this, you can control Miku’s vocals using your guitar.

The unit features an aluminum body that displays an original illustration of Hatsune Miku ⁽ᵃᵐᵒᶰᵍ ˢᵒᵐᵉ ᑫᵘᵉˢᵗᶦᵒᶰᵃᵇᶫᵉ ᵈᵉˢᶦᵍᶰ ᶜʰᵒᶦᶜᵉˢ⁾, and is perfect for tabletop or pedalboard use. There are 11 different lyric patterns to choose from, including presets like “Laa” and “Ahh” to allow chorus to your own vocals, or or other entertaining presets. 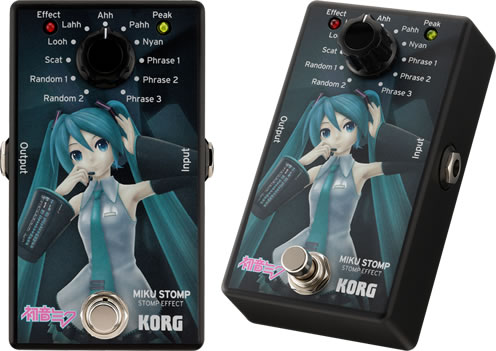 In addition to the preset vocals, you can even input your own custom lyrics through use of a dedicated iPhone app. It supports up to 6,000 characters of Hiragana or Katakana (romaji also supported) to allow input of an entire song.

MIKU STOMP is expected to release sometime in late October in select countries. You can learn more about MIKU STOMP from KORG’s English information page. 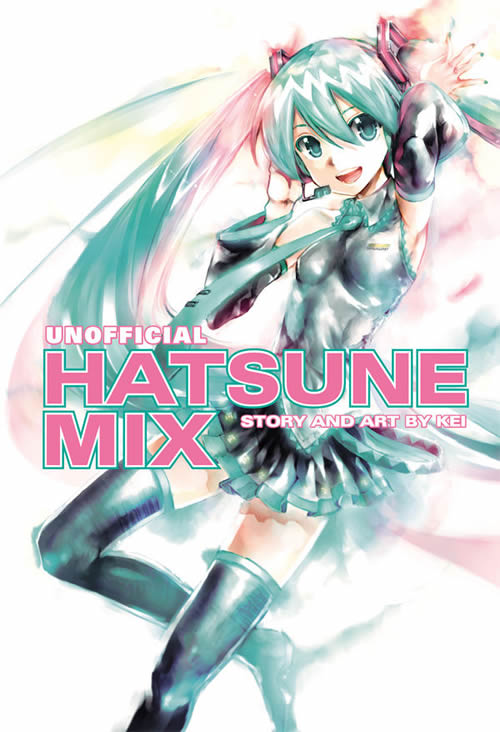 Late last month, the largely popular HATSUNE MIX manga collection by KEI was released in the United States through licensing by Dark Horse. Although KEI is well known as the official illustrator for Hatsune Miku’s VOCALOID2 software, among many other commissioned artworks, HATSUNE MIX was an unofficial manga publication that originally released in 2008~2010.

UNOFFICIAL HATSUNE MIX spans 480 pages, and also includes 44 pages in color. The stories include all sorts of crazy and entertaining adventures with Hatsune Miku and the other Cryptonloids. You can find the official release page and some preview pages from Dark Horse’s website, and purchase the book directly from TFAW Comics or Amazon. There is also a chance you can order a copy from a comic book store near you (I found one just 2 miles from my house!).