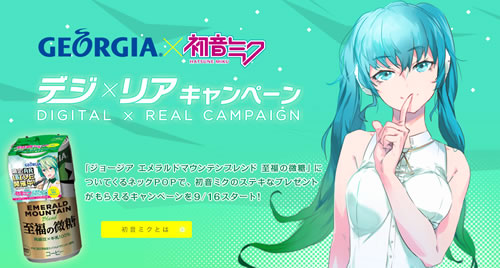 It looks like Rohto’s Digi-Eye isn’t the only product that wants to have a little fun. Georgia Coffee (not to be confused with the state or country of Georgia), a Coca Cola owned company, has recently announced a collaborative promotion with Hatsune Miku as well, and promises the release of an Augmented Reality application, prizes and more.

As a trivia note, this makes the second time that the Coca Cola company has featured Hatsune Miku in a promotion, with the first one taking place in 2012 in collaboration with SEGA’s Project Diva Arcade.

A lot of information regarding the collaboration is yet to be released, and we won’t know more until September 16th. But here is what we know so far.

Much like Rohto’s own promotion, Georgia will also be releasing an AR app (via their own website) on September 16th that will feature the Koron Miku MMD model, for what is also presumed to be a sort of AR “live performance”. The model has been modified to better match the theme of Georgia Coffee, of course. 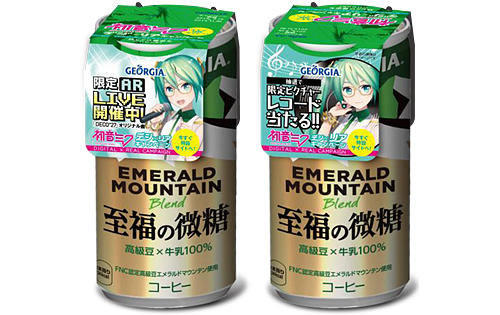 To make the application work, you must first purchase a can of Georgia Emerald Mountain Shifuku no Bitou (Blissfully Low Sugar) flavor coffee that has the neck topper (pictured above) attached to it, from select major convenience stores across Japan. The topper will function as the AR marker for the application.

Additionally, each topper has a unique serial code. Upon collecting and submitting 3 unique codes online, you are entered for a chance to win a “Limited Hatsune Miku Picture Record” (details currently unknown), of which only 1000 are available.

Through Georgia’s free app for iOS and Android (available internationally), it is possible to freely download and enjoy a series of mangas and mobile wallpapers, through a collaboration with Georgia and Miku-Pack. Simply navigate the menus by following the Miku-related images, and complete the survey when it pops up (answers are already pre-selected, so just press submit). Then enjoy! 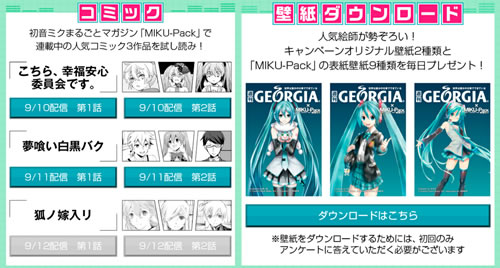 Below is a preview of iXima’s illustration, along with one of the daily wallpapers. But be sure to grab the Weekly Georgia app to download the full resolution images, and keep up with daily updates! 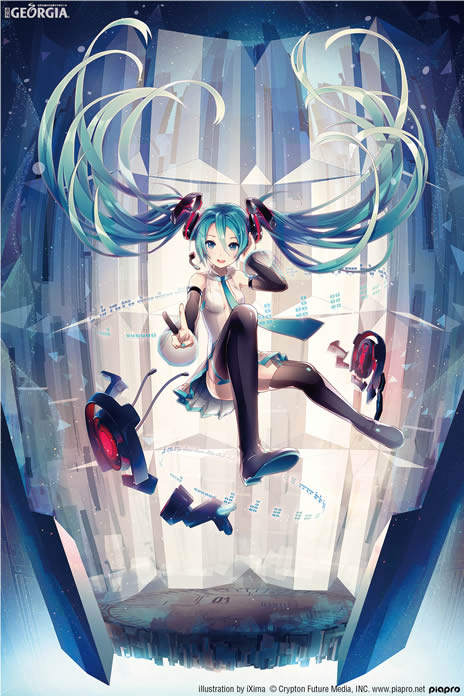 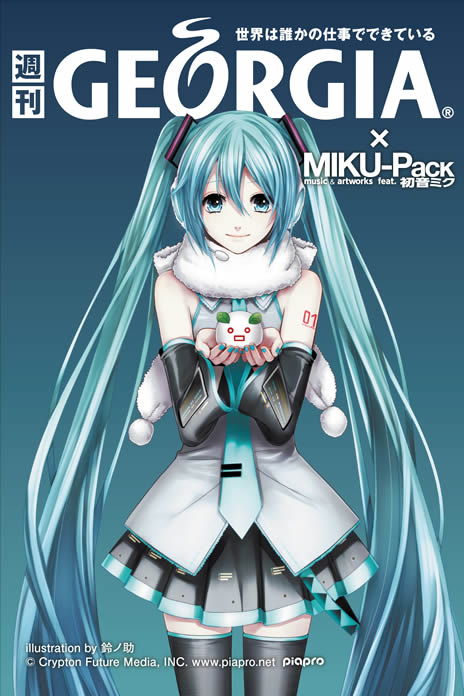