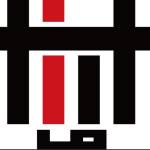 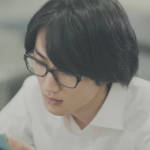 With the recent news announcements of the Miku x Sony Xperia project, we are also seeing announcements of Vocaloid producers participating in the collaboration. One of these producers by the name of Tilt-Six has caught the attention of MikuFan, and we asked to interview him in light of the recent events.

Tilt-Six is still a relatively new producer to the Vocaloid scene, having arrived only in January of this year. However, his first song “Electro Saturator” proved to be an instant success, defying the current trend of electronic music’s declining popularity in Japan.

Even more recently, Tilt was featured in an advertisement by the Docomo mobile service provider, which was created by the same team who created the Hatsune Miku x Google Chrome advertisement.

Questions were gathered from members of the community on MikuFan’s Facebook page, and these questions were presented to Tilt-Six, who happily agreed to the request. Enjoy the interview below, translated by Descent87:

M: Good evening, and nice to meet you!

T: Nice to meet you too! Sorry for using Japanese but I am not good at conversing in English. ＞＜

M: I can see you’re a producer who quickly grew popular in a time where Miku Techno is quite rare. Your music is very refreshing, so thank you!

T: Thank you for listening to my music. I’m surprised at the many reactions from overseas fans. XD

M: Your first song “Electro Saturator” was surprisingly popular. I’d like to congratulate you on your success! Were you also surprised by the feedback?

T: Thanks! And yes, I was very surprised. But it is too soon to call it a success.

M: For the first fan question, how did you first discover Hatsune Miku, and why did you decide to use her for music?

T: My friends in the band I participated in as a hobby talked to me about Hatsune Miku and such. From there, I began by looking at some productions by the artist livetune, and then later was motivated and given impetus by hearing things from many more artists. From that time I strongly felt that “someday I want to make electropop music”, but composition was much harder than I imagined and thus I couldn’t really get started until I learned how to operate all the equipment, software, instruments, ect. Miku’s voice fits electropop quite well I think, so I chose to use it.

M: How long did you work on the song “Electro Saturator”?

T: About 7 months. Learning how to use equipment, mixing and such, this took a lot of time. I’m still learning every day.

M: You have a lot of passion, that’s great!

M: Do you have any interest in trying other Vocaloids?

T: At this time I don’t have any plans to use other Vocaloids. Well, it is because I have been charmed by Miku’s voice after all.

M: For you, what is the most difficult part of creating music?

T: That would be making lyrics.

T: Soooo difficult… Restricted in the number of words/syllables you can use in places, trying to get across everything that should be conveyed to the viewers is really difficult I think. I think that it is very difficult to tell what should be told while there is restriction of the number of characters.

M: How did you get involved with the Miku and Sony Xperia project, and what was your reaction?

T: When my first song was uploaded and gained first place in the ranking, I was contacted shortly after. Although when I was first contacted I was asked to create music for a different project, when I was next contacted, it was for the project you are familiar with now (the commercial), which being surprise, I decided to undertake/accept it. If it was going to be included in a CD, then thinking that I’d create the catchiest song, I created several pieces and then had some discussions about which would be taken up going forward.

Tilt continues answering the question by talking about his new song “overwriter” in detail:

T: Finally, as for this song with the name “overwriter”, Having created thematic lyrics which contain my feelings of gratitude towards Hatsune Miku, our history up till now and the history still to be written, I am very satisfied. Though it says “Overwrite”, “Coexistence” is a strongly included theme. It’s not about “overwriting” the Japanese music scene up until now, it is more the theme of co-existing within that framework.

M: That’s a very interesting theme and a lot of information, thank you!

T: No one knows what will happen to Miku as we go forward, I think this myself. However, right now she has created a small revolution in the Japanese music scene. This is the truth I believe. Since all trends and items are subjects to fads and fluctuating popularity, I’m not sure what will happen from here on forward. However if I am able to make this current era precious and important, that would be best I think. And then, as for me, Hatsune Miku is an existence that turned me into a creator I think. If her voice didn’t exist then I might not have wound up making electropop music after all.

M: Do you have any advice for beginning producers?

T: I think it is important for you to gradually go forward improving your music step by step. Also, you must not give up. After that, it’s all about listening to regular music while considering many different things. “Why am I given X/Y feeling/impression from listening to this piece?” or “Why was this piece created?”, always be thinking about these kind of things.

M: I can see this takes a lot of time and thought.

M: Thank you very much for the interview! I do have my own question: Why do ALL producers wear black glasses?! Ha ha.

M: Thank you very much for your time!

You can listen to more music by Tilt-Six and find more information about him from his VocaDB profile. Below, you can enjoy the PV for his newest song “overwriter”, which also features animation by Director Wakamura. You can find this song and more in the MikXperience album that was released on August 28th.