Writer edit: I’d like to apologize for translating and publishing what appears to be 2 month-old info. Famitsu posted this information as if it was “new”.

Another round of game updates has been released by Famitsu for the upcoming Project Mirai DX for the Nintendo 3DS. These announcements reveal new PVs, outfits, gameplay items and gameplay adjustment options. As a reminder, Project Mirai DX releases in North America on May 26th, Japan on May 28th, and Europe on May 29th, 2015.

Two newly announced PVs for the game include two songs: LOL -lots of laugh- featuring Hatsune Miku by the producer KeN, and Amatsu Kitsune featuring Kagamine Rin by Marasy. New modules for Miku and Rin also accompany these music stages. A third new module, Halloween Miku, has also been announced for inclusion in the game. 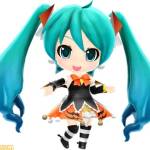 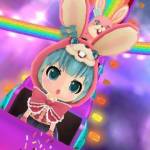 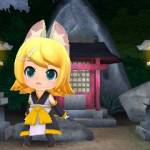 Four new gameplay items to increase or decrease the gameplay difficulty have been added to the game.

Auto-Circle: Will complete the joystick spin for you during long hold notes.
Recovery: When your life reaches near zero, it will be fully replenished only once.
Sudden Death: Missing any note will result in a failure. However, success will double your rewards.
Special: Turns a random SP Marker into a “Super SP Marker”. Hit this marker to earn bonus Mirapo (money).
Role Model: Watch the computer play a perfect run. Scores and money will not be affected.

New adjustable game options make it possible to customize the appearance of the game to your personal comfort levels. You can now adjust the note circle size, note marker size, shrink or remove display objects (cool, hold bonus, etc), and adjust the color scheme of the lower touch panel. 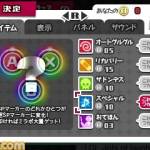 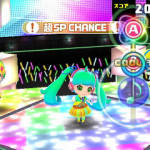 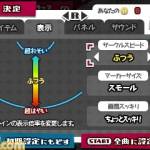 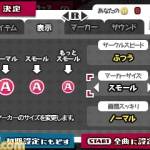 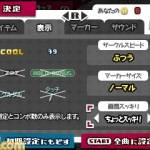 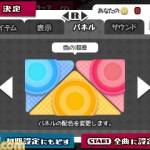 Similar to the previously announced music playlist function, you can now also create a video playlist to watch music PVs in a sequence. The “Audience Tempo Mode” for PV playback has gained two new modes as well. You now have the option to simulate live audience sounds, and a new keyboard function has also been added with basic timbre and humming sounds. It seems the selection of an alternate keyboard voice may be possible, allowing you to create your dream duets in PV mode. 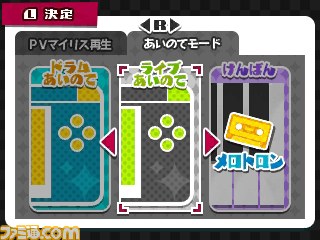 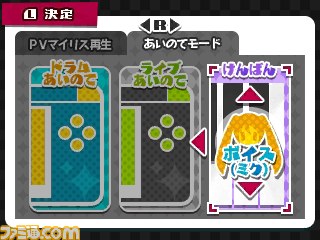 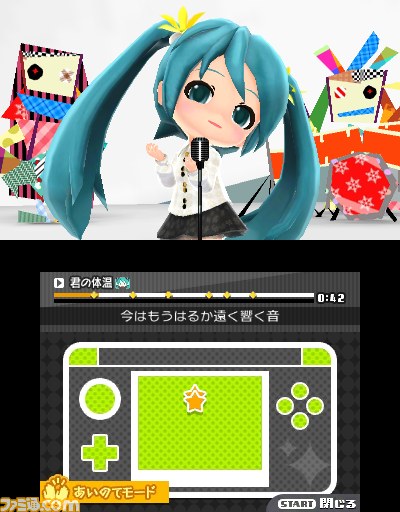 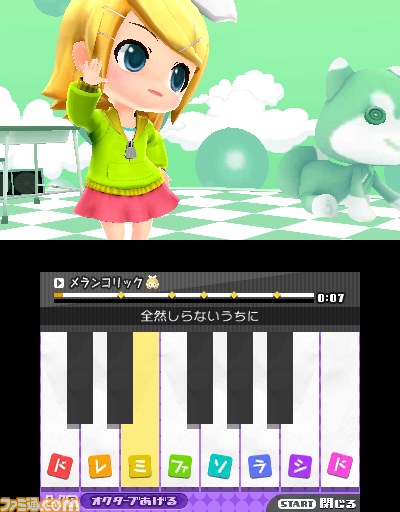