7 years ago on February 24th, a software programmer by the name of Higuchi released a 3D choreography tool named MikuMikuDance, inspired of course by Hatsune Miku herself. The program was an instant success, and saw a release with an English interface less than a month later.

After working on the project for a few years, Higuchi felt satisfied enough with the program’s progress, and ended development in 2011 with version 7.39. Things were quiet for a while, with a new alternative program popping up by the name of MikuMikuMoving, which worked to improve upon MMD’s capabilities and add the features that MMD was lacking.

Higuchi made a surprise return in 2013 to begin development for the application once again, with the current version now on 9.26. There is also a 64bit version available. Downloads available here: [Link]

MMD also inspired the start of a bi-yearly animation competition known as the MikuMikuDance Cup, where animators submit their works to compete for the top rank under various genres. The 14th competition is currently underway.

Near the end of 2014, MMD was released on Steam through Sekai Project, with the help of community support, to help allow more potential creators to discover the tool.

One of MMD’s most impressive feats has been its adoption in the anime industry, with the anime “Straight Title Robot Anime” being fully animated with the tool.

MMD has been used to create nearly countless animations of all kinds by Vocaloid fans (and even non-Vocaloid fans) around the world, and continues to be the go-to-tool for most 3DPV animators in the Vocaloid community. Congratulations to MMD for celebrating its 7th anniversary, and still standing strong for creators! 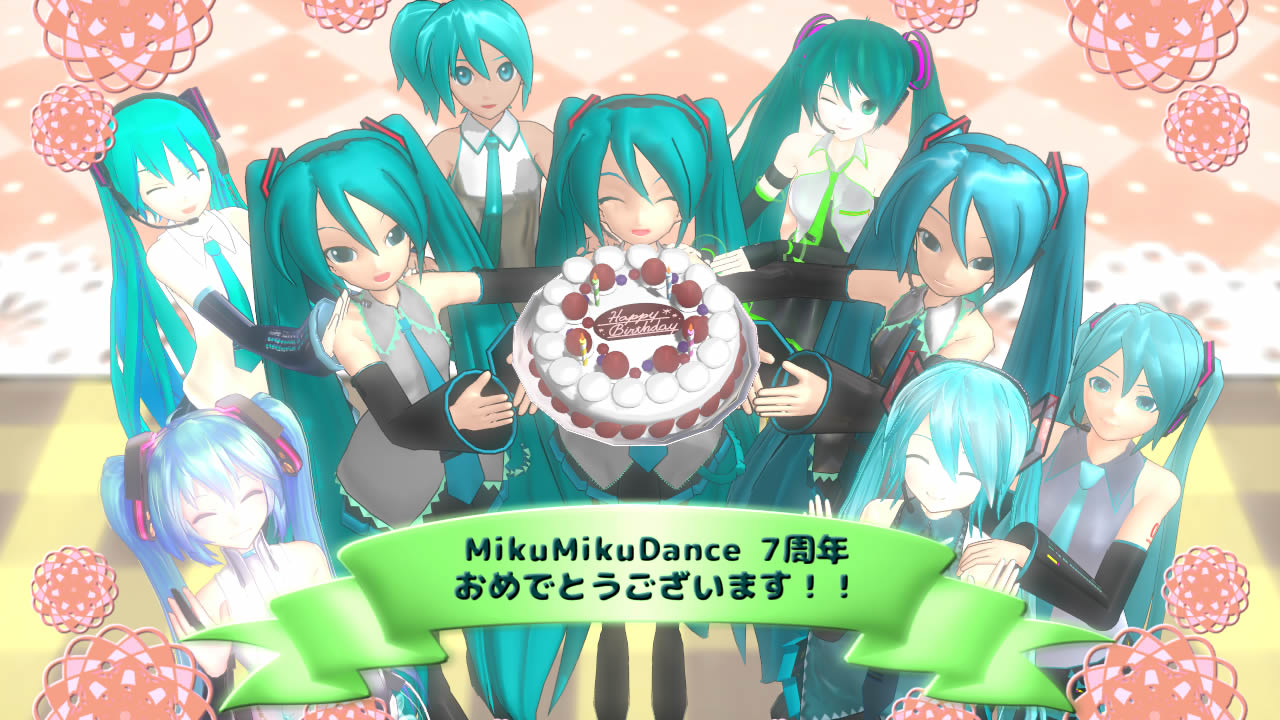