On the Japan side of things, SEGA has announced a Mikudayo-themed plushie accessory for your Nintendo 3DS console, to coincide with the release of Project Mirai DX (Deluxe). It is set to release at the same time as the game itself in Japan, May 28th, which is 2 days after the North American release.

The plushie doubles as a carry case for your 3DS, and can also fit the XL-sized console. Also bundled with the plushie is an “Ootoro” sushi-shaped screen cleaner. The MSRP for the plushie is set for 4212 Yen, but it can be found on Amiami for 3560 Yen. It is unknown if a Western release for the plushie is planned, but at least it’s still available to overseas fans: http://www.amiami.com/top/detail/detail?gcode=GAME-0013773 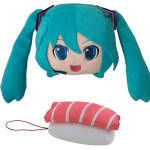 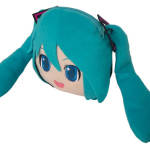 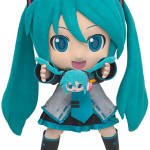