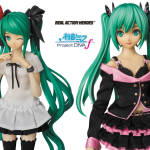 Some newly uploaded product listings on the MEDICOMTOY site has spilled the beans on the pricing and launch details of the Real Action Heroes: Hatsune Miku Project Diva F Honey Whip ver. figure, for both the Standard and Deluxe editions.

Both versions are scheduled to launch in March 2016 (just in time for the next Miku Day event, we imagine), and will be priced at 27,864 Yen ($225 USD) and 38,664 Yen ($313 USD) for the Standard and Deluxe editions, respectively. The only detail not revealed is the preorder period, but that should be announced very soon.

The Standard edition will include only the “Honey Whip” version outfit, and seemingly one expression style (smiling), according to the details provided. She stands at 30cm (12 inches) tall, and features a fully poseable body with a real cloth outfit that perfectly recreates the sexy (word quoted from site!) Honey Whip module outfit from Project Diva F, designed by Saitom. A stand is also included.

The Deluxe edition will include everything seen in the Standard edition, and more. Beyond the standard “smiling” expression, you get three more interchangeable faceplates: A “winking” face, “both eyes closed” face, and an “embarrassed” face. Lastly, the full “Supreme” module outfit from Project Diva F 2nd, designed by Redjuice, is also included in the deluxe edition. The accompanying hair parts are also included, allowing you to completely change the entire figure’s outfit.

Keep an eye out for the soon-to-come preorder announcements! Below is a gallery of some of the figure’s accessories. View the full gallery here: http://www.medicomtoy.co.jp/list/10297.html 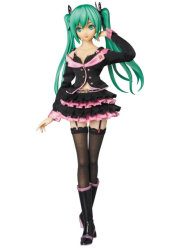 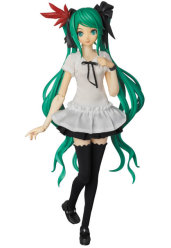 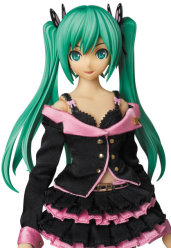 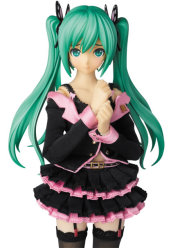 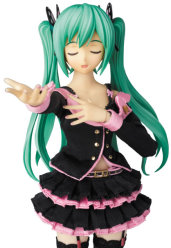 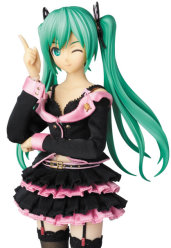 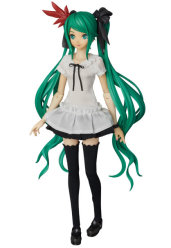 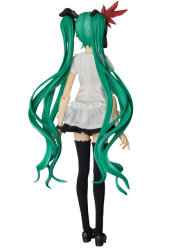 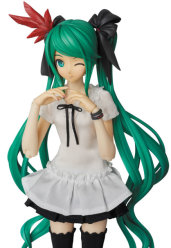