The first item on the list is a prototype sculpture for the “White Dress” module from the Project Diva series. Since this one is still in prototype phase, it will likely be some months before we see a release. Accompanying this figure is a FuwaFuwa series Hatsune Miku plushie with the same dress, which will likely be released to arcades within the coming weeks. The exact date has still not been mentioned.

Finally, a new trio of miniature Hatsune Miku plushies has been announced with a new set of expressions. Since these have already finished design phase, they may also be released to arcades quite soon. Keep an eye out for them! 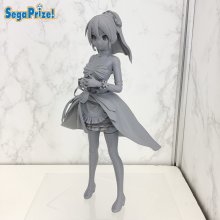 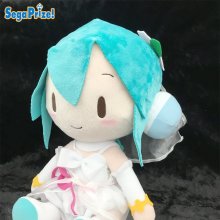 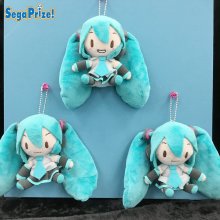