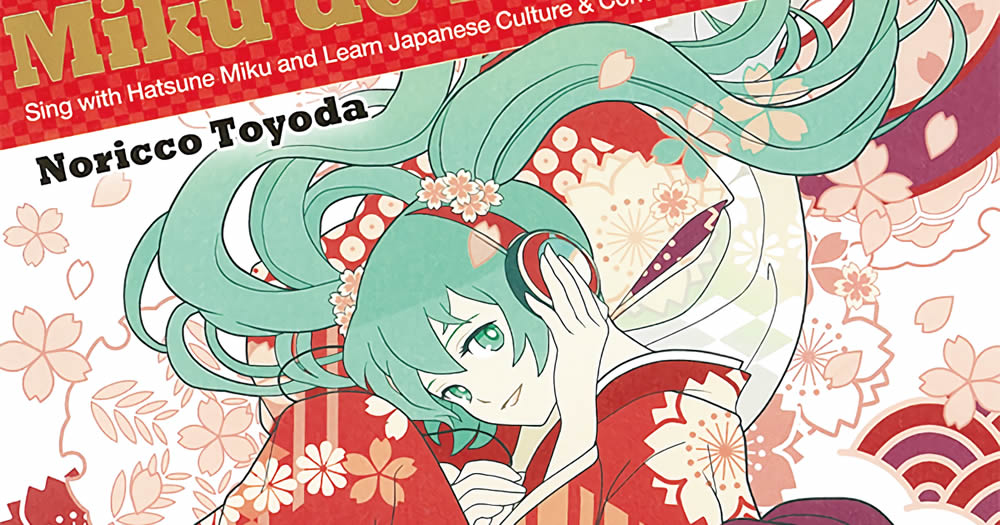 Looking for a fun way to learn Japanese language and culture? Hatsune Miku fans can do just that, thanks to a book called “Miku dé Nihongo”, which teaches through reading, singing and commentary!

Learn Japanese language and culture with this collection of 10 famous Hatsune Miku’s songs, a nursery rhyme and an original composition.

Each song (with one exception) shows 1) the original Japanese lyrics 2) how to read the lyrics in Romanized script; 3) the English translation, 4) a commentary on Japanese language or culture reflected in the lyrics, and 5) conversation practice with Hatsune Miku. Recordings of all the lyrics and of the Japanese conversation are downloadable with SONOCA.

◇Includes our own exclusive recording of the popular VOCALOID producer, teaeye: original “Meguri, natsu” (The Wheel of Seasons: Summer)
◇Original Miku illustrations for the cover and SONOCA card by borbone
◇Download voice recordings to practice Japanese conversation with Hatsune Miku

As the songs are introduced and explained in English, it’s a perfect introduction to Hatsune Miku overseas.

You can preorder the book from Amazon Japan for 2,484 Yen ($23 USD) at the following link, which is scheduled to ship June 18th. And yes, it ships overseas! → http://amzn.asia/4bWs6Wr 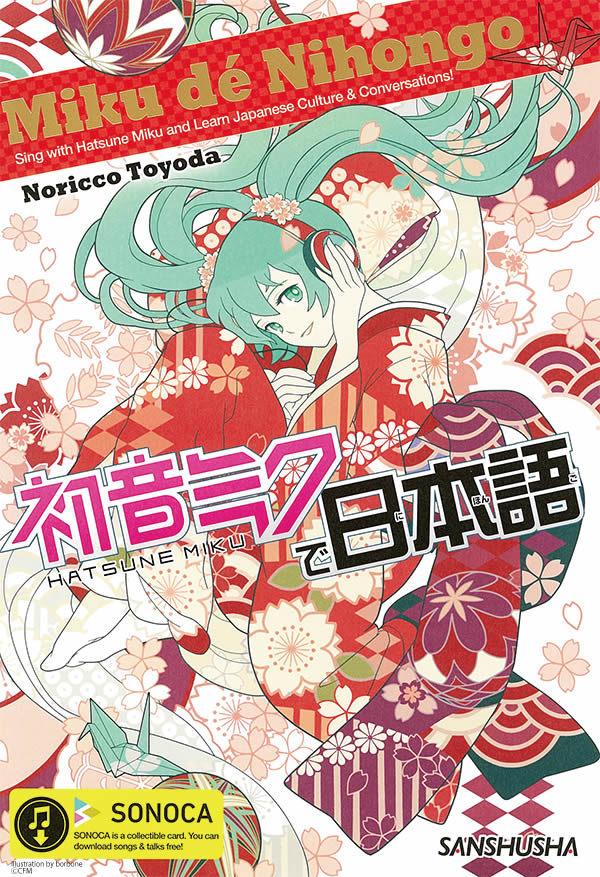 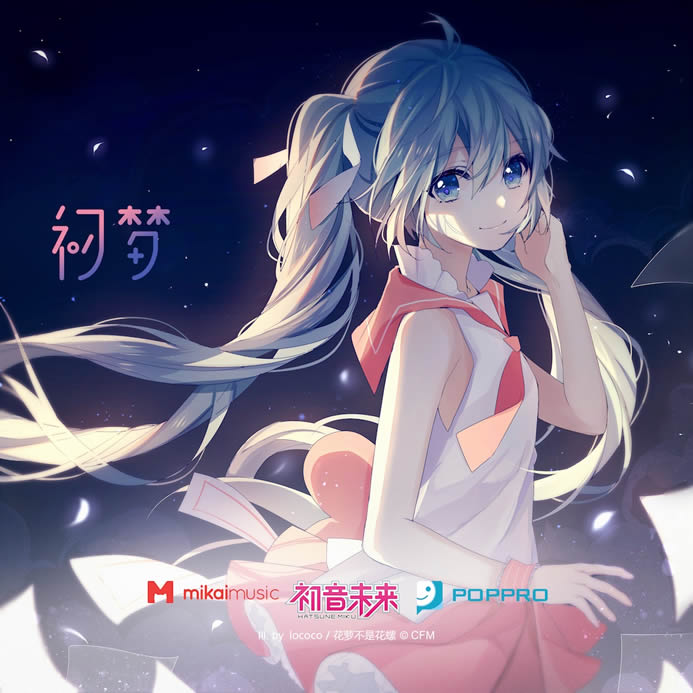 The album features 9 songs, and is also a great introduction for Hatsune Miku fans to some of the amazing music created by producers using her Chinese ver. software. Check out the crossfade below, the album on iTunes, and be sure to also check out the music videos for many of these songs on Mikai Music’s official YouTube channel!


The Vocaloid producer DaniwellP, best known as the original creator of the Nyan Cat song, has been busy with releasing a lot of new content. Among these are new games, songs, albums, and surprisingly, a MikuMikuDance model! DaniwellP is definitely a Hatsune Miku community favorite, so here’s a roundup of his recent works.


If you missed the quick announcement from our social media, DaniwellP created a fun and very addicting webapp called Mikutap, where you can generate random Miku sounds to the rhythm of background music. It’s both uniquely cute and fun! Check out the official trailer above, and the webapp from the official site → https://aidn.jp/mikutap/


Daniwell releasing a Hatsune Miku model for MikuMikuDance was definitely an unexpected surprise for sure. Rather than something “life-like” or an attempted mirror of Miku’s normal style, Daniwell went the creative route and went for a more simplistic, block-styled Miku, but with its own unique charm. It even has a neko ear option! Download it from the official site → http://aidn.jp/mmd/box_miku/


Tying in with the MMD model release, Daniwell also created a short music video using the new model, and surprisingly, the Hatsune Miku’s English voicebank. At just 23 seconds in length, it’s perfect to have as your ringtone. In fact, Daniwell also makes it downloadable from his official site, so go nuts! → http://aidn.jp/sound/


Lastly, Daniwell released his 3rd album “UCHU ZENBU” a couple months ago, and it was sadly overlooked by many. But it’s definitely worth a listen and addition to any Hatsune Miku fan’s collection! Check out the official page for all the shop links → https://aidn.jp/daniwell/uz/

The music video for “A World Without You Has No Sound Or Color” (“Kimi no Inai Sekai ni wa Oto mo Iro mo Nai”) by doriko is now online, and features illustrations by nezuki. It’s been a while since we last saw a new upload from doriko, and good news is there’ll be a release of a mini album of the same title this month! The album is currently open for preorder on CD Japan at 2,200 yen, with release date set for August 30th this year.