Previously exclusive to Steam and Oculus Store, the action rhythm game “Hatsune Miku VR” will be coming soon to PlayStation VR! The game was initially launched in spring 2018 as a collaboration between Crypton Future Media and Degica co., with the main visual by the artist Yuuki Kira

A trial version is also available now for play testing at Magical Mirai 2019 in Osaka. Stay tuned for more info!

We’ve been waiting for this ever since we saw this game demoed at Snow Miku 2017: Hatsune Miku VR will be coming to PC via the Steam VR platform in Spring 2018 for the HTC Vive and Oculus Rift! The game comes via collaboration with Crypton Future Media and Degica Co.

The “Action Rhythm Game” uses VR controls, and allows you to watch Miku dance as you play the game. It will launch with 8 initial songs with 2 levels of difficulty each. Additional songs are planned to be added later!

The game will be available in English, Japanese and Chinese. Additional info will be announced at a later date. Check out the official Hatsune Miku VR site! → http://promo.degicagames.com/vr/ 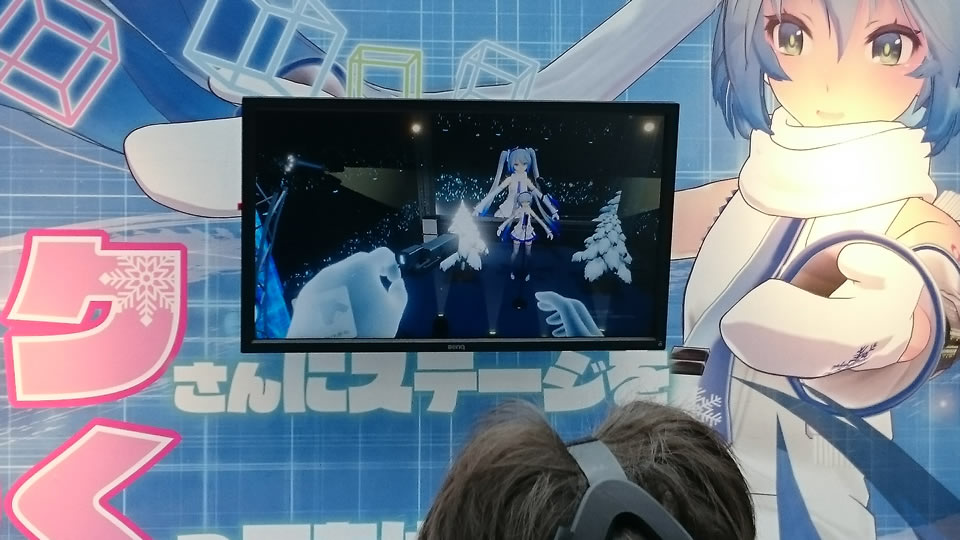 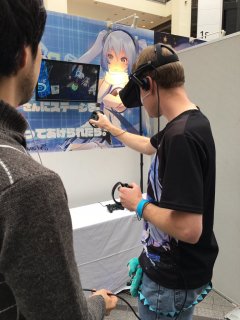 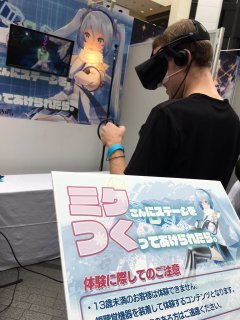