And now for the biggest software related story of Vocaloid since the release of VOCALOID2 over 4 years ago. Please check the full story, as there is quite a bit to cover on this.

VOCALOID3 is the highly anticipated successor to VOCALOID2, and launched on October 21st. With the new engine comes many new characters and several notable improvements and features.

The first feature that should be mentioned is the backwards compatibility with the VOCALOID2 voice banks. This Includes Hatsune Miku, Kagamine Rin and Len, Megurine Luka, etc. Vocaloids based on the VOCALOID2 engine will receive some small but noticeable changes.

The first improvement of VOCALOID3 is smoother transitions between low and high tones, and vise versa. The second is that pronunciations of certain sounds like “s” and “w” will sound less electronic, and more natural. The software interface has also been revamped for easier use.

A quick VOCALOID3 remake of a Hatsune Miku classic. [youtube:http://www.youtube.com/watch?v=a9BAI5eSCvs]

The sad news of this release is that the older first generation releases such as Kaito and Meiko cannot be used within VOCALOID3. This is likely a strategy of Crypton to try and phase out the older software completely. I, however, trust the fans will still continue to produce work based on those characters.

Of course, a new engine launch is nothing without new characters to go along with it, right? There are currently four new characters to choose from for use with the VOCALOID3 engine, with more to come later. So lets have a quick look. 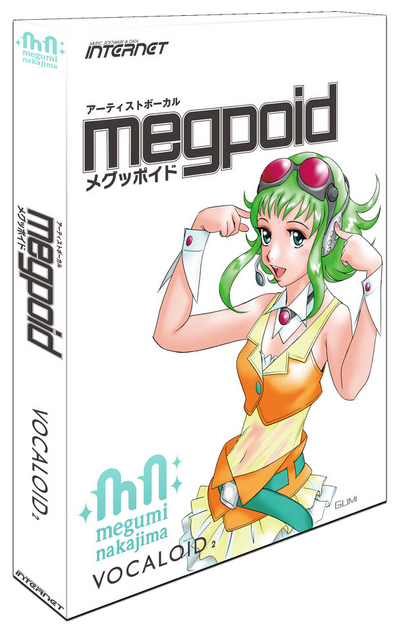 The first release is a character we are all familiar with. “Gumi” Megpoid is a Vocaloid created by INTERNET Co.,Ltd. This release is somewhat unusual, as she now has 4 new voice styles to choose from, much like how Miku and the Kagamine twins received an Append release. Except this time each voice is sold separately, each with their own box art. You can choose to buy them in a bundle, but it is still 4 different sets of software. She now has Adult, Power, Whisper, and Sweet added to her voice bank collection. And of course, being made for the VOCALOID3 engine, she can make full use of the included features.

This is a demo of Gumi’s “Adult” voice with the VOCALOID3 release.[youtube:http://www.youtube.com/watch?v=JlNxXTB-ZhE] A character no doubt produced by SBS Artech to please the massive Nekomimi (cat-girl) loving fanbase, SeeU is also capable of singing in both Korean and Japanese. This makes for a rather interesting mix, as the Korean language is able to imitate a fair bit of English with the provided phonetics and sounds. Her overall reception so far has been mixed, as there has been some controversy over some of the earlier demo videos. But overall feed back after the release has been fairly good for the most part. And despite all of the criticism, she has had the most attention of any VOCALOID3 character thus far. Mew is a departure from  your average Vocaloid series, as she is a release made by YAMAHA themselves as a “professional” product. There isn’t much that can be said about the character herself, as she almost didn’t even have one. Yamaha changed their minds after seeing the success of Crypton using character avatar art with their releases.

There isn’t too much to say other than it takes after the previous YAMAHA Vocaloid named VY1, in the fact she sounds demanding, yet young. Speaking of which… 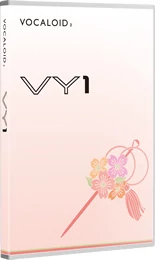 Simply named VY1V3, it is a VOCALOID3 update and recreation of the older VY1 release created by YAMAHA. This series is more bizarre in the fact that there is no character or avatar for the user to “attach” the voice to. This lead to many fans of the product to design their own fan made character, and such examples can be seen here and here.

Mizki is intended to be used as a professional voice bank product, and the production quality reflects that. The product still continues to struggle somewhat in sales, but still does very well by Vocal Synthesis product standards.

And that’s a wrap! While there is at least another 8 more Vocaloids in production for the VOCALOID3 engine, it will still be a bit more time before we learn enough about them to confirm anything for certain. So for now, this has been my report on the new release.

So what do you guys think of the new engine and characters?