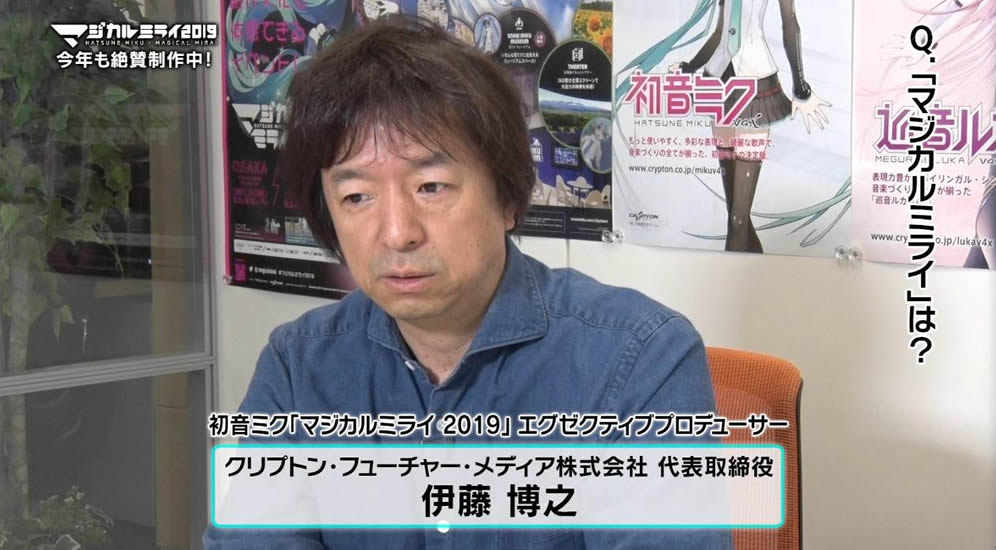 In last night’s TOKYOMX broadcast, several details were teased about the upcoming live performances for Hatsune Miku: Magical Mirai 2019 in Osaka and Tokyo. Here’s a quick summary of what to expect!

– There will be a special Megurine Luka 10th Anniversary production. (Remember what they did for Kagamine Rin & Len last year, but for Luka)
– A new model based on Crypton Future Media’s R3 real-time control system will debut for the first time.
– A special presentation/tribute towards producer wowaka.
– The largest number of first-debut songs ever recorded for any concert.
– There will be daily music setlist changes again this year.

Don’t miss out on the fun at this year’s Hatsune Miku: Magical Mirai in Osaka and Tokyo!

Special thanks to @iceblitz for the broadcast summary!