As of late October, the release of Unofficial Hatsune Mix by KEI achieved two impressive feats: It has sold out in books stores and comic shops across North America, and it even managed to reach #9 of the top 10 rankings in Manga sales in the U.S., according to the New York Times.

Dark Horse is pressing a second release of the book, and expects new copies to be available in comic shops by November 19th, and book stores by December 2nd (just in time for the holidays!).

You will be able to find Unofficial Hatsune Mix again in comic stores, book stores and online in the following weeks, so keep an eye out! 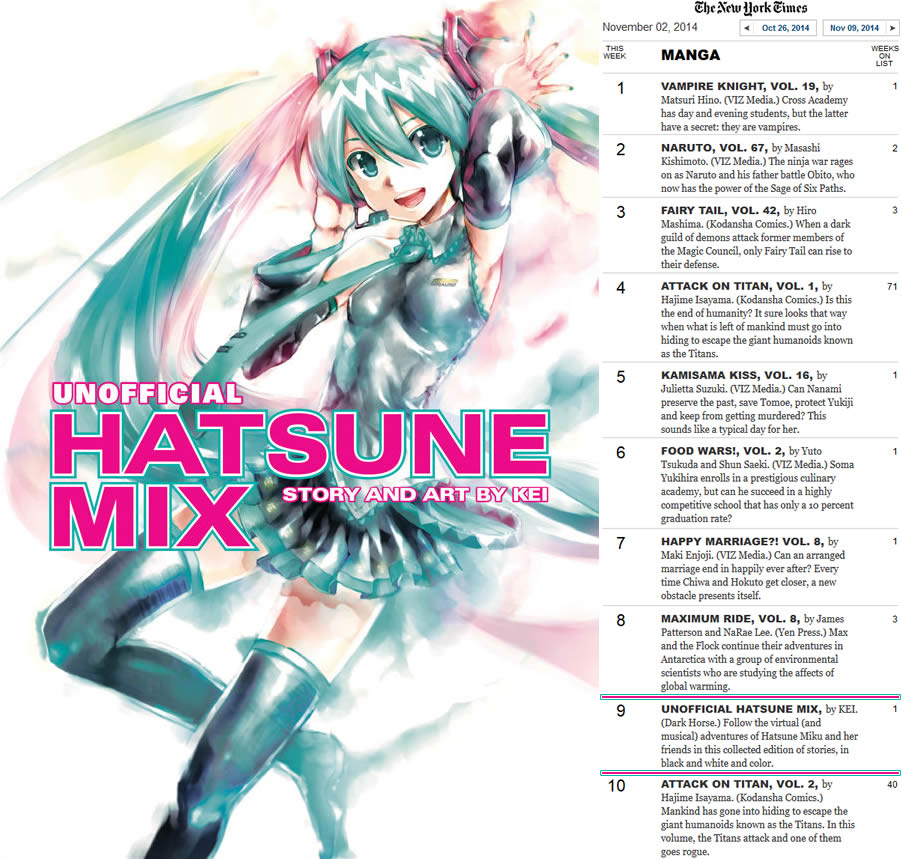