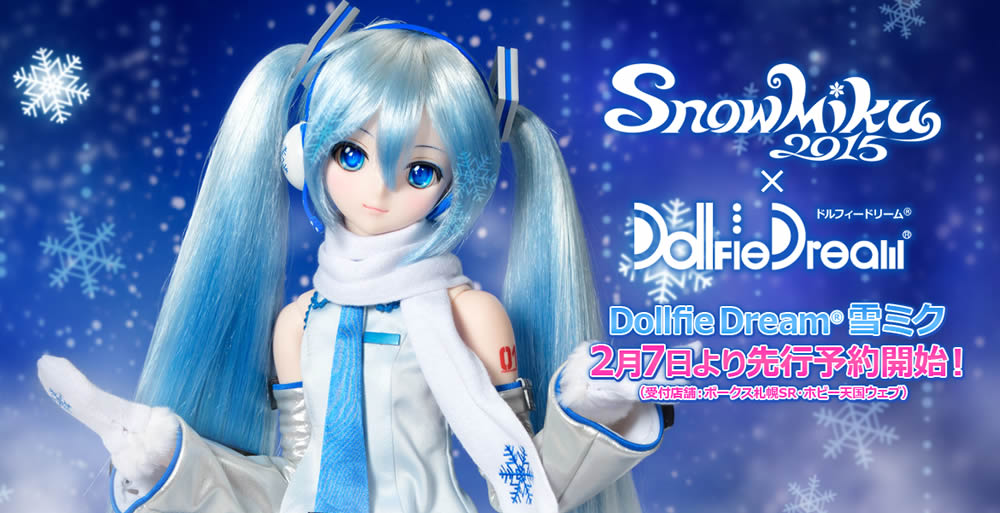 Today’s exciting announcement reveal comes from VOLKS, the creators of the largely popular original Hatsune Miku Dollfie Dream. However, this time around, they’re not announcing just an accessory outfit: They have an all new complete Snow Miku Dollfie Dream in the works in collaboration with the upcoming Snow Miku 2015 winter festival.

The figure is styled in the classic and highly recognizable Snow Miku 2011 design, featuring earmuff headphones, a scarf and mittens. As with the previous Miku DD, this figure comes in at 1/3 scale in height, making her quite tall. As a premium offering of the Dollfie Dream line, the asking price is 65,000 Yen ($550).

Early Presales Orders:
Attendees of the Snow Miku 2015 event in Sapporo can have a chance at reserving and receiving this figure before anyone else. Presales orders at the event can be placed on-site of the Snow Miku festival between February 7th and February 11th, although reservation quantities will be limited. The expected shipment date for presales orders is January 2016.

Below are a few photos and the official tweet from VOLKS. Be sure to check out the full gallery on the Snow Miku DD details page. An English site is also available, but may be slower at updating with information. 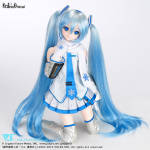 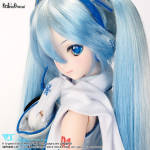 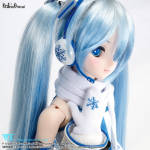