At the recent Nico Nico Choukaigi 3 event last weekend, Good Smile Company had a booth where they showed off three different Hatsune Miku figures. The reveal brings some new updates and info to a couple of them.

The first figure on display was the 1/10 scale Sakura Miku, which has been previously revealed and is already on open preorder until June 16th. Preorders will ship in October 2014.

The second figure was the painted version of the “2013 EV Mirai ver.” Figma, which is inspired by Saitom’s illustration of Racing Miku for the Isle of Man biking event. There is no announced preorder or shipment date at this time.

The last figure on display was the 1/7th scale “Mikuzukin ver.” (aka, Red Riding Hood) figure, inspired by Hatsune Miku’s outfit from Project Diva 2nd on PSP for the song “Clover Club”. The original sculpture was created by Grizzry Panda as a garage kit some time ago, and Max Factory recently picked up the design. The display revealed the planned release period: October 2014. So preorders can be expected to open very soon.

Photos below provided by akibahobby.net: 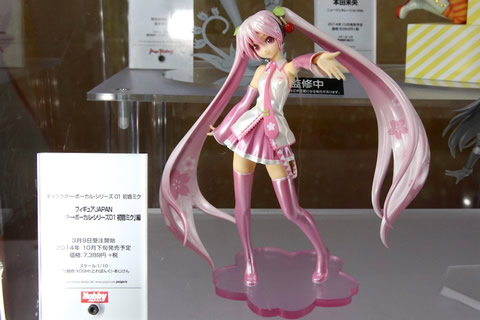 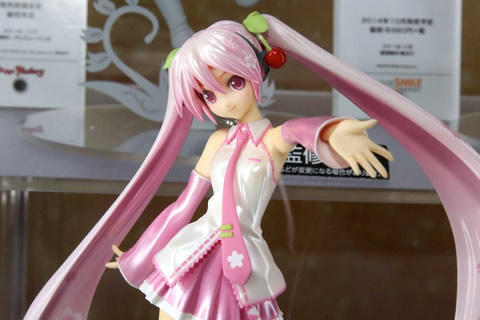 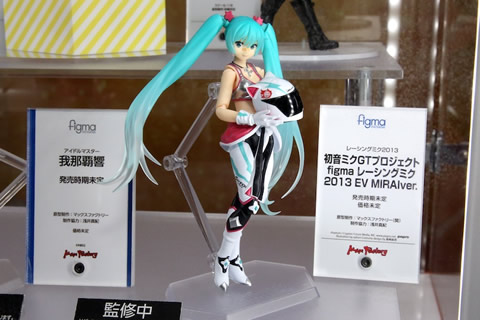 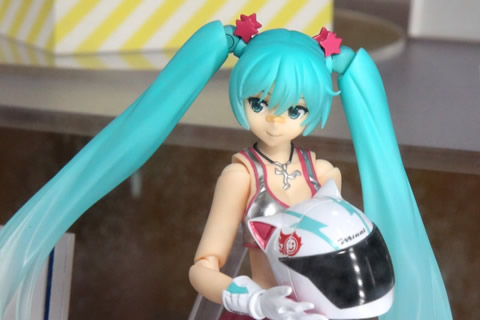 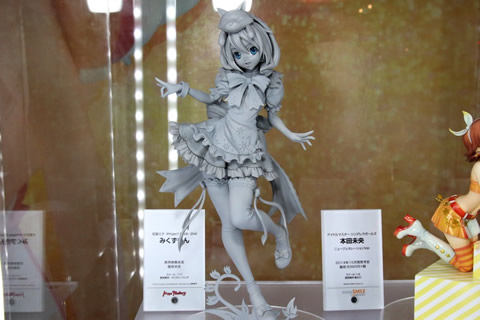 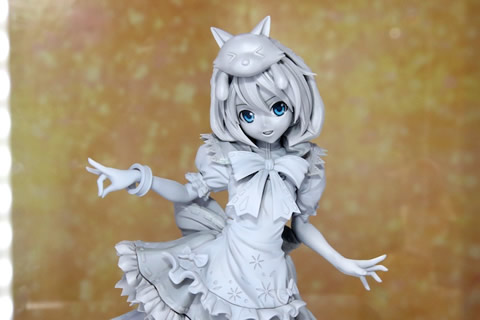