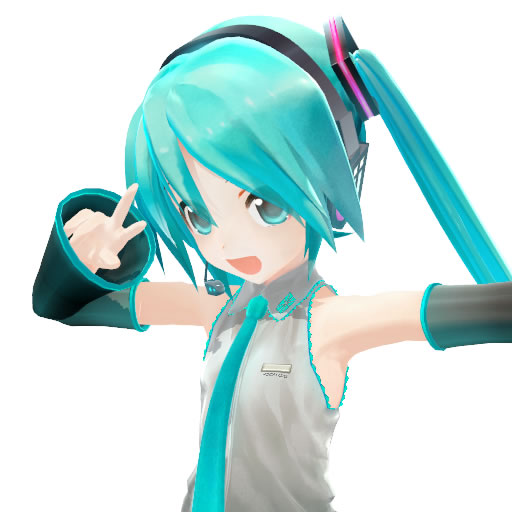 A developer by the name of “Mikuture” on twitter is developing a fun application for Android called “Mikucha”, which is an augmented reality photo application that uses the Appearance Miku 3D model. The app title is a coined word that mixes “Miku” with “Pikucha” (picture).

The app is similar to the AR functions found in the previous Domino’s ｘ Hatsune Miku collaboration app, but offers a far wider range of pose options and features. Some notable features include:

■ Auto positioning using the phone’s gyroscope. Miku will stand at the proper angle no matter which way you tilt the phone! This helps make poses easier.
■ Selfie mode. You can use a device’s front-facing camera to take photos of yourself with Miku.

The application is now in open alpha stage. The interface is still Japanese only, with an English GUI option to come later. An iOS version of the application is also planned. Currently, the app supports devices running Android 4.0 and above. Keep up with application updates and news by following Mikuture’s twitter.

Below is a photo I took with the app earlier today. Want to see more? Check the hashtag #みくちゃ on twitter.