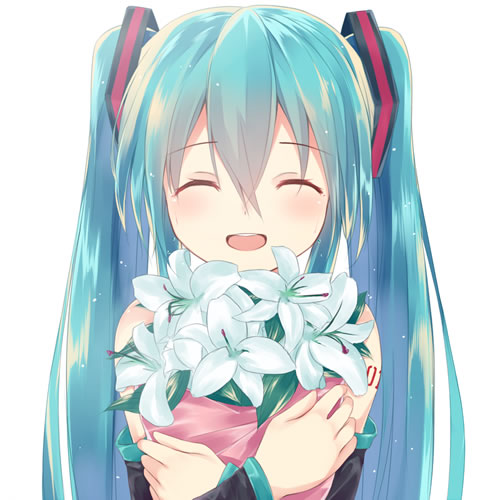 Hatsune Miku has finally reached the 7th year of her journey since her first release on August 31st, 2007. Seven is quite a lucky number, and we’ve certainly been lucky to be able to enjoy what she’s been able to bring to the lives of fans around the world for all those years.

The past year has brought brought us the release of Hatsune Miku’s VOCALOID3 software, the beginning of an international Miku Expo event, a new Racing Miku and Snow Miku design, Hatsune Miku: Project Diva F 2nd’s international release, and so much more. And not to forget the endless amounts of video, music and illustrative art works.

And as per tradition, artists have taken to Pixiv to overload the servers with a vast amount of illustrations to celebrate the birthday of our beloved virtual diva. Below are some of our personal favorite picks, but you can view the full selection of images for Hatsune Miku’s 7th anniversary from here: http://www.pixiv.net/search.php?word=ミク誕生祭2014

Happy Birthday by TID on pixiv

ハジメテノオト by Rella on pixiv

miku by mery on pixiv

❤HAPPY BIRTHDAY❤ by 黑川紙 on pixiv

歌姫 by kina on pixiv