Magical Mirai this year is held at two different locations. The first took place in Osaka, Japan at Osaka Intex on August 30th, while another is scheduled in Tokyo, Japan at Tokyo Metropolitan Gymnasium on September 20th.  The new life-sized Miku statue was presented in the recent Osaka event. Unlike other previous statues we’ve witnessed, this seems to be the first to ever go public with real fabric clothing. Including this new Miku, we now have the sixth life-sized statue ever created to date (you can view the other 5 here). 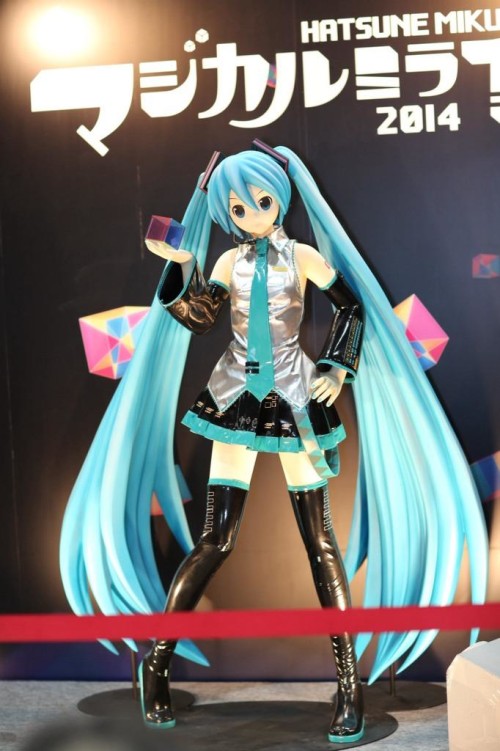 The mysterious Nendoroid that was teased way back in early May was also showcased in Osaka event, with the title of “ Nendoroid: Hatsune Miku Halloween version”. She will be available for purchase at Miku Expo in Los Angeles and New York. Further details including pricing are expected to be announced later. 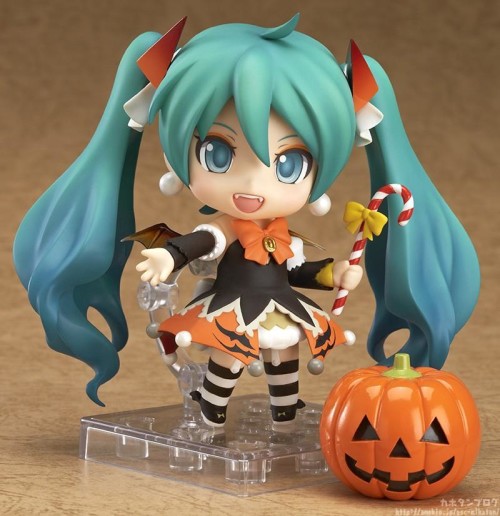 On another side, here we have a surprise launched from Volks booth, where an additional outfit “Mikuzukin” will be coming soon. Details have not been released yet and are expected to arrive later. 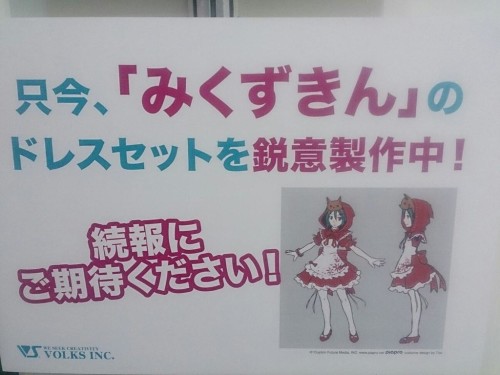 Lastly, it has been confirmed from that figma Racing Miku 2014 sponsorship courses will come with three usual different accessories. These include: umbrellas(folded and unfolded ver.), trophies(amount varies with victories during the season), and the team iconic flag