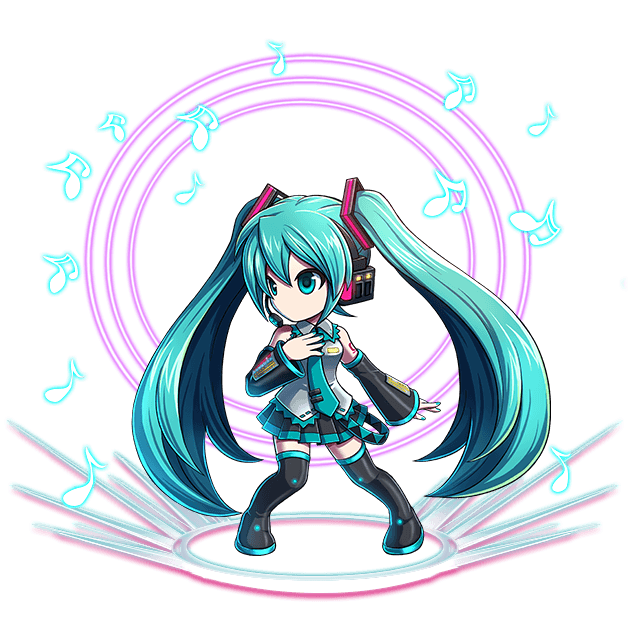 The diva and the goddess, Hatsune Miku, has made an appearance in a popular RPG mobile app “Brave Frontier” for a limited time period, under a collaboration title “Songstress of Light”. Players will be able to freely meet and engage in battle against Miku in Vortex dungeon, facing her as the final boss “Diva Hatsune Miku”.

The game will also feature Miku Expo theme song, Sharing The World by ELEKI/BIGHEAD, as the boss BGM. Despite the collaboration title, Miku is an earth-type unit. Players will be able to acquire her as their unit by winning against her in the dungeon, but be alerted that she is strong. 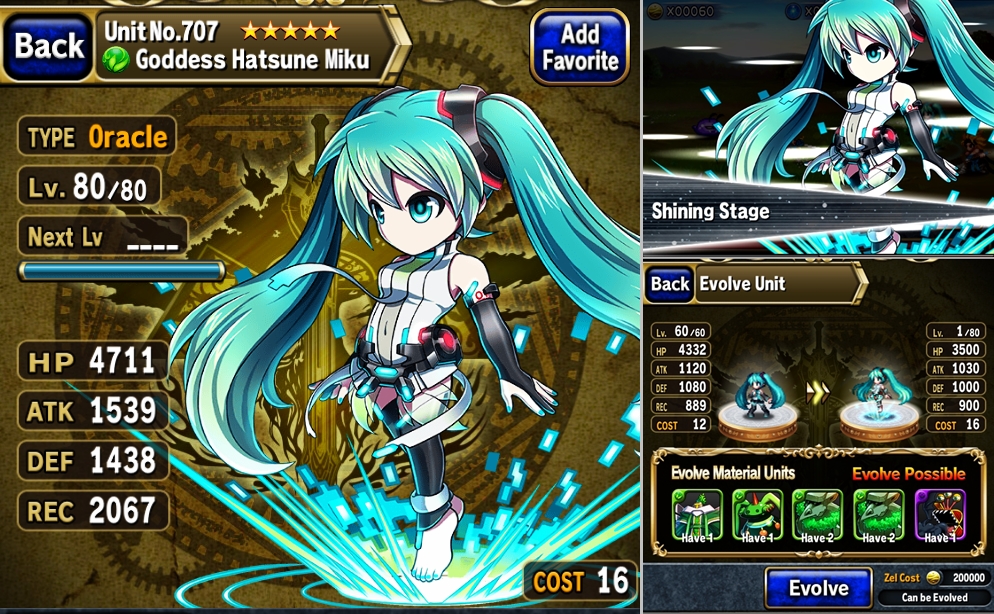