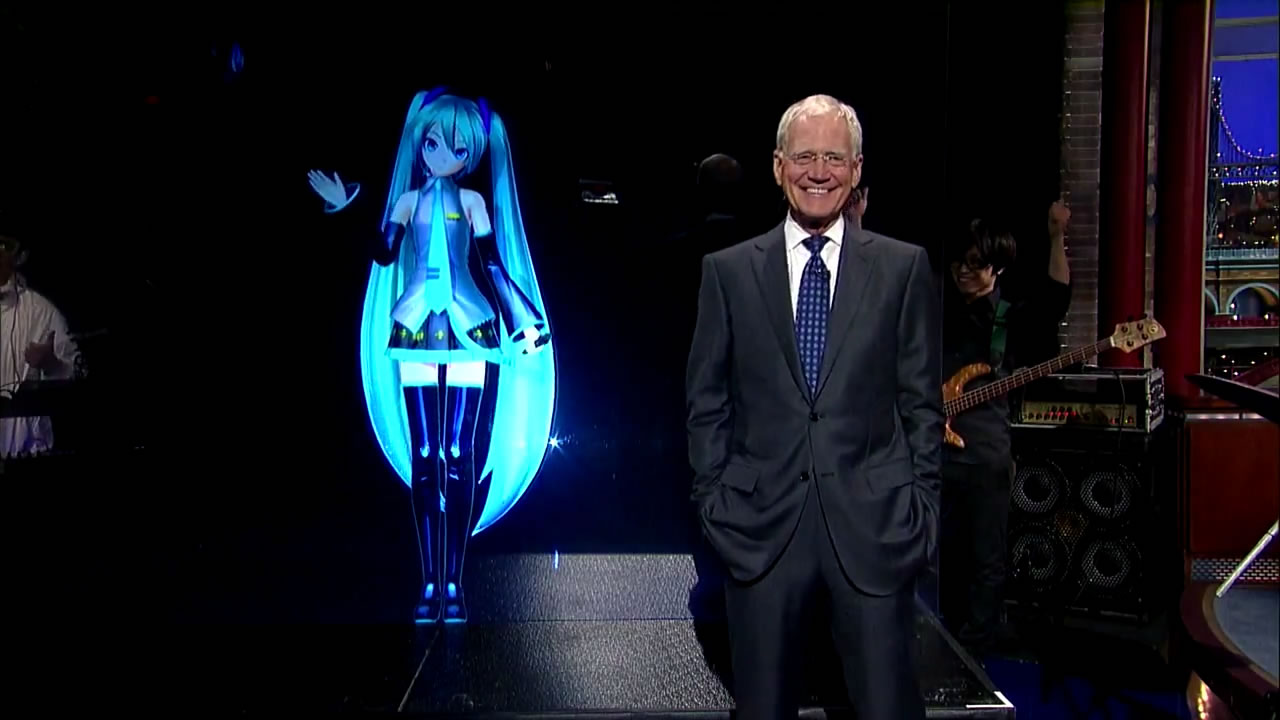 © CFM, Hatsune Miku and The Late Show with David Letterman

The news of Hatsune Miku’s appearance on The Late Show with David Letterman has made big waves online with many news reports, and more recently on twitter with the airing of the show on the East Coast of the United States. This comes as no surprise, as it was her biggest debut on U.S. television to date.

Hatsune Miku made her appearance in the last 5 minutes of the show, where Letterman introduced her by name nearly perfectly, but amusingly pronounced “Los Angeles” incorrectly. No time was wasted, as Hatsune Miku and the accompanying live band immediately started performing “Sharing The World“, an English Miku song by ELEKI/BIGHEAD.

The performance concluded with Hatsune Miku taking a bow and waving to the audience, while Letterman stood next to her to give her a parting parting wave and final introduction. Below is the official clip of Hatsune Miku’s appearance from The Late Show’s YouTube. Alternatively, the entire episode can be watched from CBS’ website here.