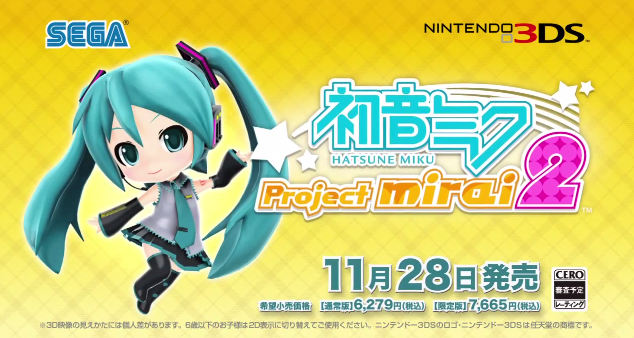 A new layout for notes has been created for the game play, which is far more variable than the simple note wheel that was in the first Project Mirai game. Note combinations such as rainbow hold notes that giving points for pressing buttons for the duration of the note, simultaneous button presses, and using all four buttons have been added to the game play for a more unique experience. In addition to more buttons to use, the touch pad is also usable for Tap Notes, which have pink, blue, and yellow notes in place of the buttons if you chose to use the feature.


The PVs for each of the songs will allow you to chose one or more character to dance in the background depending on the song, however a number of original PV’s from Nicovideo have been added in place of a few stages and modules, such as Arifureta Sekai Seifuku, Lots of Laugh, Melancholic, and many more. Similar to the first game, select songs have multiple voice tracks for other Vocaloids to sing to, such as Electric Angel having Rin, Luka, or Meiko’s voice sing along.


Options for the Diva Room have been vastly expanded, such as room customization, a variety of character interaction, gift giving from one Vocaloid to another, and theme differences depending on the time of day. There is also department store where you buy items, Costumes, drinks and dessert, but also with furniture to remodel the room.

In addition to the Vocaloid interaction, a mini-game based off of the popular Puyo Puyo games, which features a WiFi two-player mode, or Single-player against an AI. There are also options to play this mini-game with different button layouts, background music, and visual themes. Information can be shared between players through Profile Cards sent to others via wifi, sharing achievement information, and song completion information. 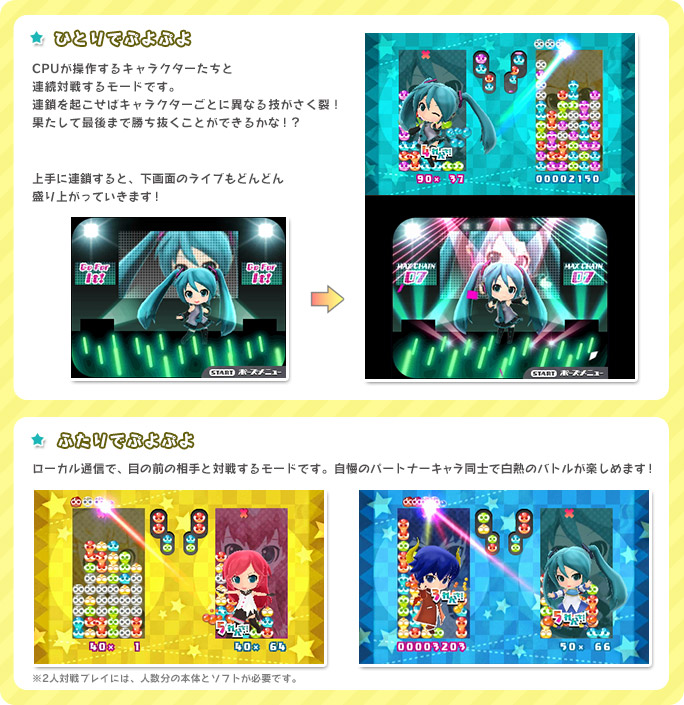 Custom song creation has been added as well, allowing the user to create completely new song tracks to play. Such features include the ability to compose music with the music editor, create the path and notes for the track, and have a character of your choice set up with several different dance moves to a stage of their choosing. Instrument sounds include Piano, Strings, Brass, Reed (instrument), 8-bit chip-tune, and even the ability to create vocals, with each Vocaloid’s voice track able to sing “la” at different pitches to create a melody. 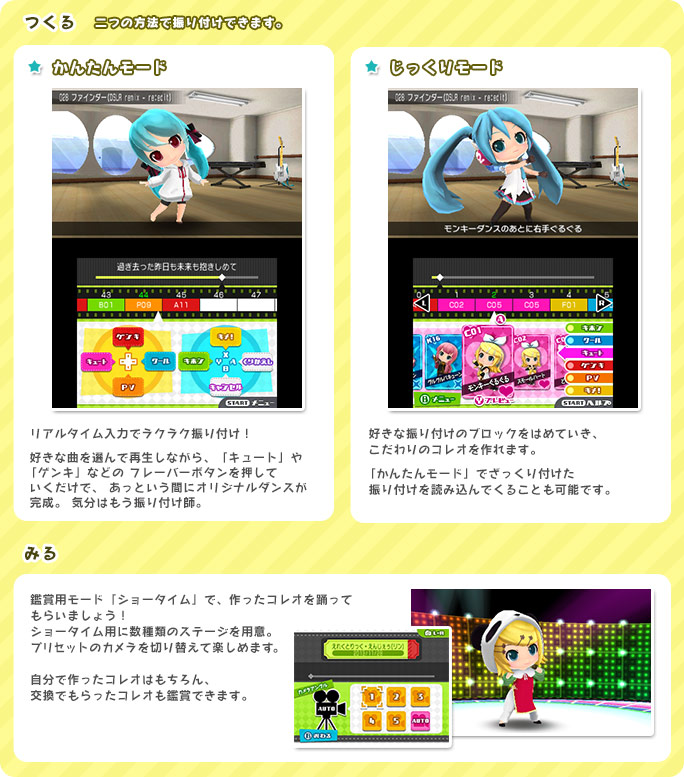 The game also features an Augmented Reality system to display your surroundings on the screen while a Vocaloid of your choice performs over the designated area. you can either use an iPhone or Android phone to display one of the pictures for the AR stage, or print out an AR image from the website as the surface for the performance. 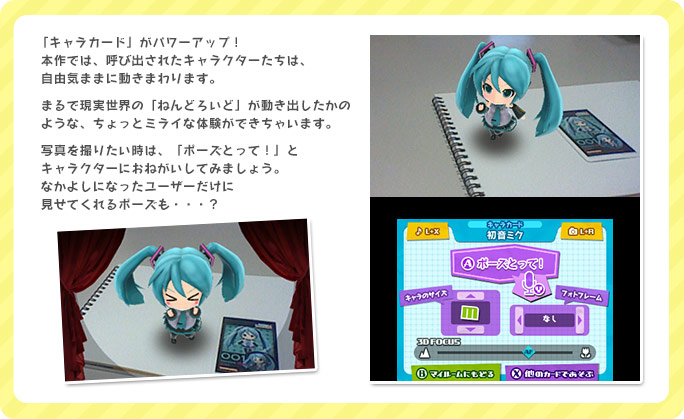 The game is available for international purchase from CDJapan, but can only be played on a Japanese 3DS unit due to the console’s region lock. If you happen to own one, then you’re in luck. SEGA has yet to comment on plans for localizing the Mirai series, but keep an eye for future announcements.