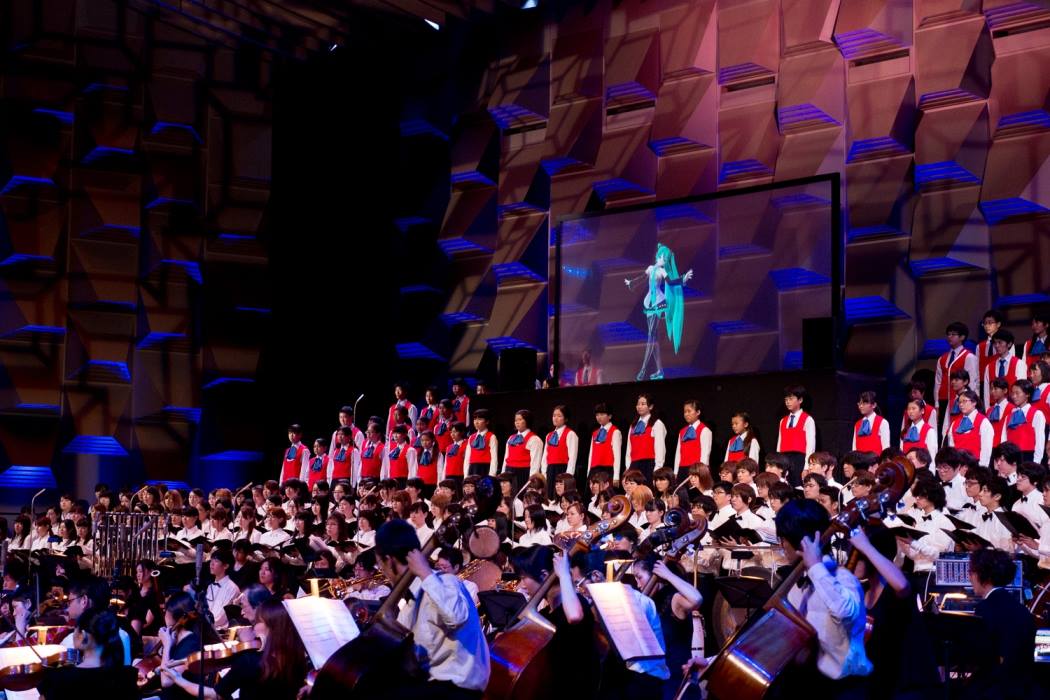 Well over a year since its last showing, “Hatsune Miku × Tomita Isao – Symphony IHATOV” will also be premiering in Beijing, China at the Meet in Beijing Arts Festival on May 20th, 2015 at the Century Theater. Symphony IHATOV began its first show on November 23rd, 2012 in Tokyo, and was met with positive success, leading to 4 more performances the following year in Iwate, Osaka, Shibuya and Aichi.

The news is particularly surprising to Hatsune Miku fans in China, due to apparent bans/restrictions that would make a live Hatsune Miku concert event difficult, or nearly impossible*. Friends from China didn’t even believe me at first. But under the guise of a symphonic orchestra, they probably wouldn’t suspect a “Japanese Pop Idol” in their midst.

“Symphony Ihatov is created by composer Isao Tomita, who is known as one of the pioneers of electronic music in Japan. It is based on the poem of Ideal Town written by celebrated Japanese author Kenji Miyazawa. Tomita combined the voice of Hatsune Miku, a humanoid persona, which is also a symbolic element of contemporary Japanese pop culture, with the star video of the astronomy artist Kagaya. It will open a new and magnificent fantasy to the audience.

Since Tomita spent his early childhood in Beijing and Qingdao, he will perform the international premiere in Beijing in May 2015. The most famous vocaloid character Hatsune Miku will perform with a hundred-member chorus from Miyazawa’s hometown and the symphony orchestra of China’s Central Conservatory of Music. The world-renowned artist Tomita, will bring you a romantic, spectacular, classical and faddish “Ideal Dream”.”