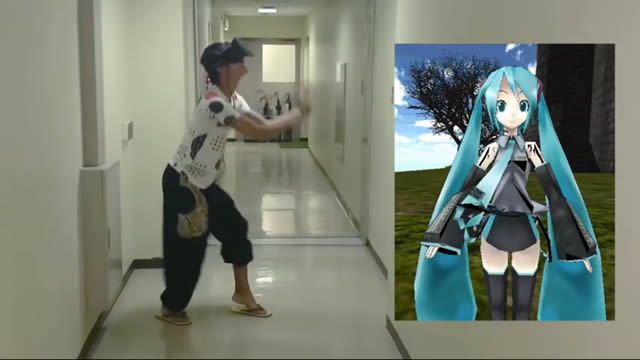 Ever since at least 2009, some of the Hatsune Miku fans over in Japan have had a rather unusual goal: Creating ways of lifting Hatsune Miku’s skirt, primarily through use of Augmented Reality and Virtual Reality hardware and software.

Sure, they could just open any of these 3D models in MikuMikuDance and be done with it. But that’s just too easy for some people. It’s just not rewarding enough unless you make it incredibly complex, as well as interactive.

I’ve attempted to compile a number of video examples with the help of Kowhey from MikuStream. The challenges that the Japanese have put themselves to achieve a seemingly simple goal are both hilarious and commendable.

One of the oldest examples from 2009, using MMD and AR Toolkit.

A video I previously wrote about here. The “fun” part starts at 2:58.
[youtube:https://www.youtube.com/watch?v=9jpWiTVR0GA]