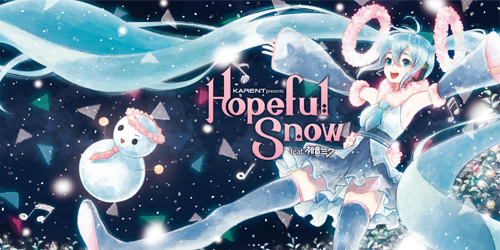 Crypton Future Media has announced another Snow Miku-themed CD album for release under its own label, Karent, and marks the third release in the series. Titled “Hopeful Snow feat. Hatsune Miku”, this album contains six tracks, including the official Snow Miku 2015 theme song.

The album is scheduled to be released at the Snow Miku Winter Festival in Sapporo starting February 5th. Exact sales location and pricing is currently unannounced, with more details to follow soon. However, a free wallpaper and album cover art download is provided on the album details page.