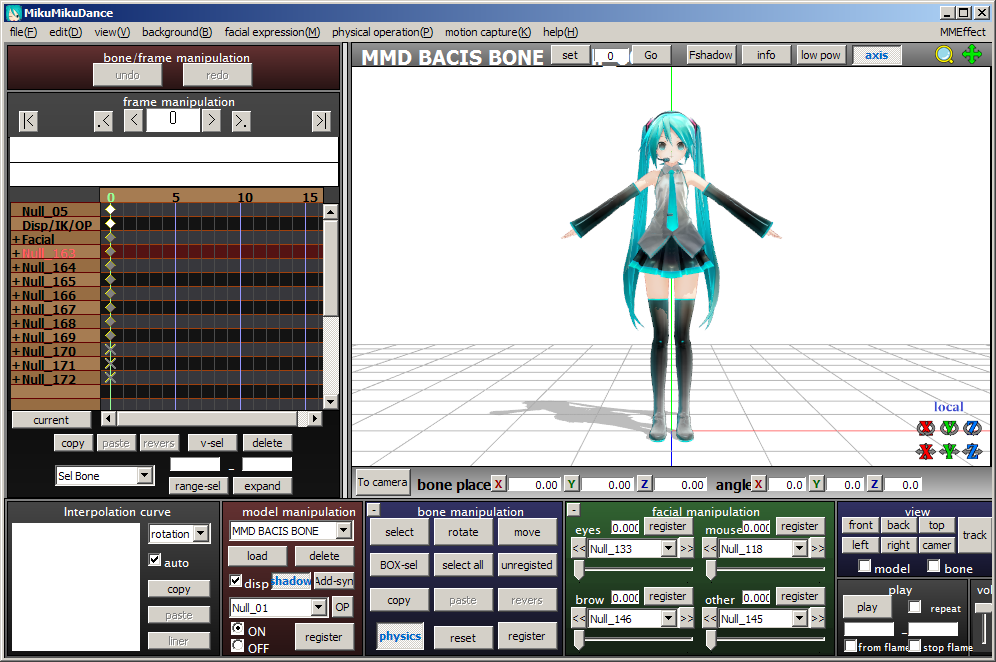 The creator of the MikuMikuDance 3D model choreography tool has updated the program past version 9.0, all the way to 9.0.3. The most recent updates bring some much welcome enhancements and features. Some of these include:

■ Physics “on/off” toggle function, and physics “trace” mode (allows you to see physics behavior between frames without needing to play the animation).
■ Physics “on/off” toggle function for individual model bones (helpful for keeping some parts of models rigid during animation, if needed).
■ Shadow detail manipulation in camera/accessory mode, as well as auto shadows based on camera distance.
■ Numerical values can now be entered for facial manipulation (helpful for more accurate adjustments).

This latest version of MikuMikuDance can be downloaded from the official website.

Also recently released by a completely seperate entity named “jThree” is a web-based jquery/javascript plugin called MMD-Generator. It is capable of rendering MikuMikuDance animations within your browser using WebGL animation. The developer says the web application works best on Windows 7 with the latest versions of the Chrome, Firefox or Opera browsers. Mac users may have some luck running the application with Opera.

There are a few demos available directly from the site: Senbonzakura (warning, heavy animation), Melt and a Solar system Simulator. You can also use the tool to load your own MMD models and VMD motion data for camera and models. It also supports the rendering of MP3 and OGG audio. The plugin can be downloaded and run locally from your own system.

The program code is also included and uses an MIT license. There is no documentation or instructions provided yet (which the developer apologizes for). You can expect more updates to this application in the future.

EDIT: As soon as I finished this article, it was announced that the web application was taken down due to the discovery of many bugs. The creator apologizes and will try to have them fixed as soon as possible. The demos are still available, however. 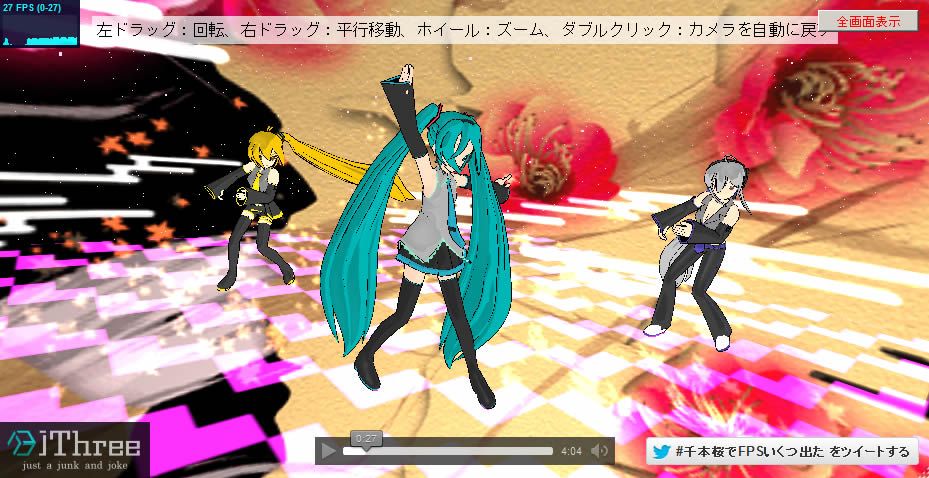