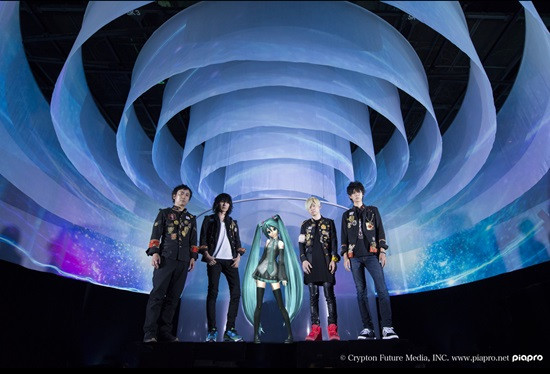 
Crypton Future Media teamed up with the band to help their dream become a reality, bringing with them the knowledge of past concerts and Isao Tomita’s rendition of Ihatov Symphony. Toy’s Factory joined the team alongside famous producer Kz(livetune) to create the new 3D model of Miku, named “14 Model”, as well as produce the vocal track for the song. 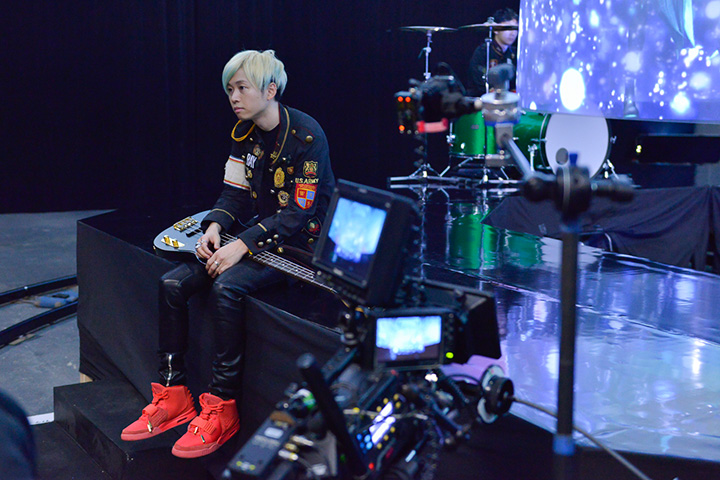 The process of creating the music video was filled with new technical challenges and innovative ideas that broke new grounds in the world of Vocaloid and digital media alike. Hatsune Miku was set to dance on a uniquely designed cylindrical screen with an array of light-filtering screens and wireless transmitting sensors. The unique stage allowed automatic adjustments of the model’s position horizontally and vertically in real time, granting the film crew the ability to view Miku from several different angles while maintaining the focus on Miku.

A special CD + DVD package can be purchased for $28.34 or $31.06 for the limited edition version through Amazon Japan.

The song can also be purchased through iTunes for $2.43 through the Japanese store, but requires a Japanese account.