Starting today, August 1st 2013, Marza Animation Planet Inc has announced that the iOS app “Music Girl Hatsune Miku (E)” is now available in English on the iTunes App Store. Released nearly a year ago, the Japanese version proved to be quite popular, and Marza is now bringing the app to Western fans.

“Music Girl Hatsune Miku (E)”is a hit app that climbed to #2 in the iTunes App Store ranking in just two days after its release.

This is a music player app in which the ever so popular IP Character “Hatsune Miku”, not only in her home country Japan, but all over the world, dances to the tunes installed in the user’s music player.

App Features are as follows:

– Select a song from iPhone/iPod touch, and listen to the music together with Miku, and If the BPM is acquired then Miku can move to the beat of the song and show various types of movements.
– The users can enjoy communication with Miku while listening to music, and if the closeness level rises then the user can receive special presents.
– Users can enjoy changing Miku’s fashion by acquiring new hairstyles, accessories and wardrobes available at the store inside the app. More items will be added and available in the future. 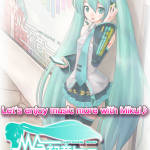 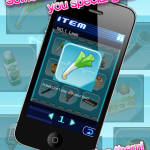 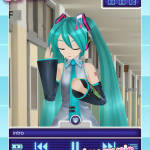 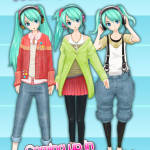 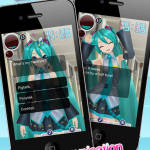