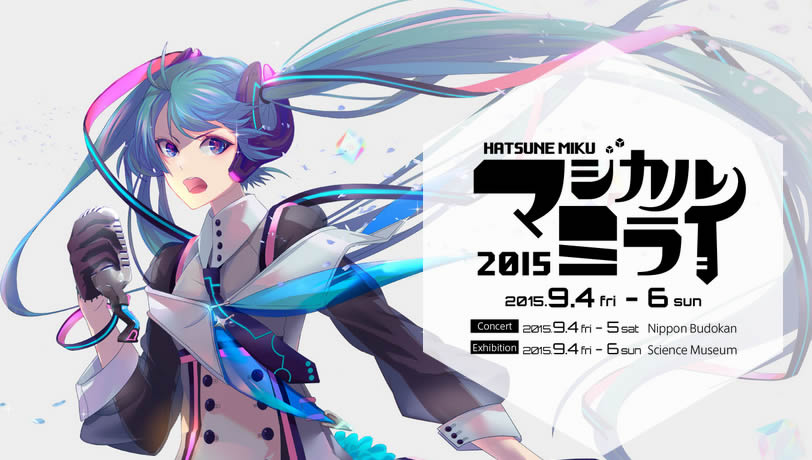 The first bit of today’s recent news recap brings news that Magical Mirai concert go-ers have been waiting for: The open period for concert ticket orders. Ticket applications will begin on May 2nd at 12:00 PM JST, and close on June 1st at 11:59 PM JST. They can close MUCH sooner if tickets sell out. Ticket prices are 9,000 Yen ($76) for Arena seats, and 8,000 Yen ($68 USD) for S seats, which include entry to the exhibition area. Exhibition-only tickets are 500 Yen ($5).

Some of you may remember Good Smile Company’s April Fools prank from 2013, where they announced a “Sakura” version of their Mikudayo nendoroid. It looks like this prank is now becoming a reality, as its release has been announced by a recent Famiku magazine release. It appears that orders for the nendoroid will open soon, and she’ll ship later this summer.

Good Smile Company’s Kahotan has uploaded a photo gallery of the Racing Miku 2015 nendoroid, which will be available only to personal sponsors of Good Smile Racing for the 2015 racing season. The available accessories and expressions for the nendoroid are quite cute. It also brings a much welcome feature you don’t see often on Nendoroids: Fully articulated arms! Nendoroid course sponsorships will close on May 11th.