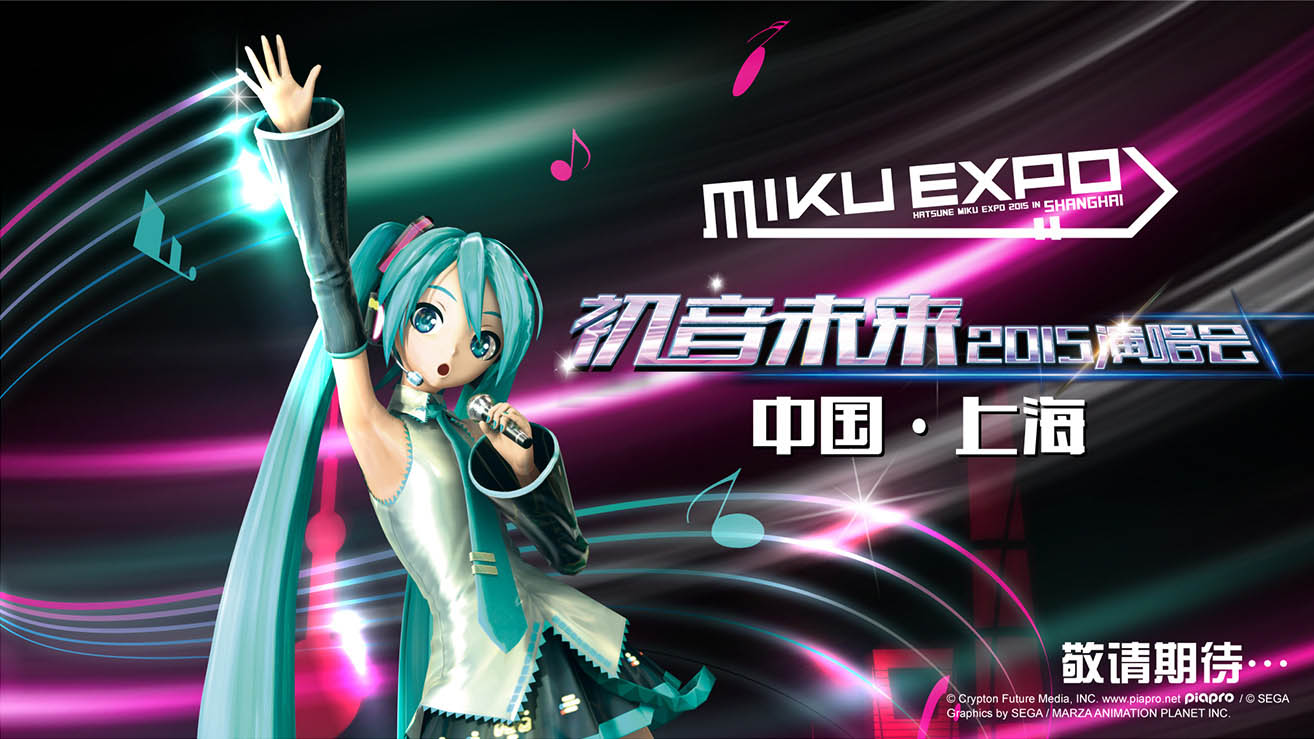 Since last year we’ve been waiting eagerly to see the next destination for Miku Expo, and the announcement finally came. The next Hatsune Miku Expo destination has been settled on Shanghai, China via SCLA, with more detailed information to arrive at later date.

This comes as a surprising and uplifting news, as China has been known for their bans/restrictions*. Including the Symphony IHATOV with Tomita Isao on May 20th, Miku will visit China twice this year. For information on the symphony performance please refer to our previous article

A fresh and unique song selection can likely be expected for Miku Expo in Shanghai.