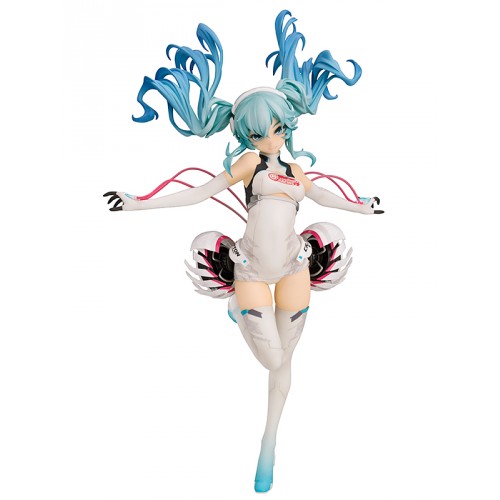 The previously showcased Racing Miku 2014 version scaled figure has been opened for preorders starting today (August 26th), and will remain open on Good Smile Company’s online shop until September 24th at 9:00 PM JST. The MSRP is set at 10,800 Yen ($104 USD), and has an expected shipment date of April 2015. The figure is also available via CDJapan and Amiami. 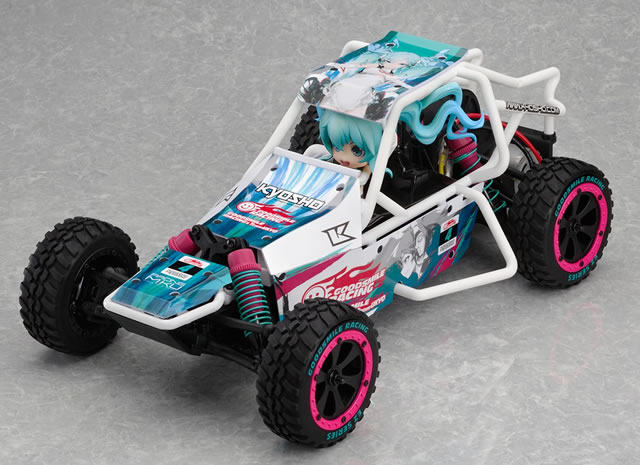 The surprising reveal today, however, was the launch of preorders for the Sandmaster Racing Miku 2014 version RC car. This specially decorated version of the Sandmaster will include a non-articulating figure of the 2014 Racing Miku nendoroid, and the frame was adjusted to allow the figure to fit inside. As it was designed for use with the Sandmaster, the bottom half of the Nendoroid will not be included.

Prorders for the Sandmaster will be open until September 17th at 9:00 JST, and it has a price of 27,864 Yen ($269 USD). It is available only from Good Smile Company’s online shop for now, although more options may become available later. The expected release is sometime in December 2014.