This year was the year of Hatsune Miku’s 4th Magical Mirai event, but it was the first time I attended one in person. Yep, despite the “event of all Miku events” taking place every year since 2013, I had never been to one before. After kicking myself over it for the past 3 years, I finally had the opportunity to go to Magical Mirai 2016, and I couldn’t be happier.

Hatsune Miku: Magical Mirai can be considered the true “Miku Expo”, and features an exhibition and concert events over the course of several days. It embodies and showcases the Hatsune Miku culture in ways that can’t really be experienced anywhere else. It truly is the event for Hatsune Miku fans to see.

I took some photos during my visit, and hope you enjoy them! Photos, however, just can’t give the same feeling of actually being there. If you’ve even considered it, I say go for it! Next year is also Hatsune Miku’s 10th anniversary, so we can only imagine what they will have in store. 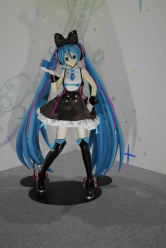 Figures and plushies at SEGA’s booth

I goth both Hatsune Miku pins in 2 tries!

The special peek hole on this wall had a surprise, no spoilers! 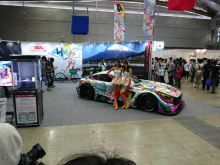 The GSR girls posing for the camera

I got the chance to try the PS VR demo.

This booth had various Miku and GSR goods

The end of the first evening concert.

And even more DD Mikus. 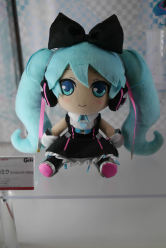 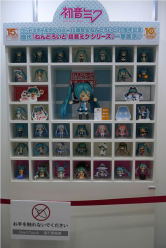 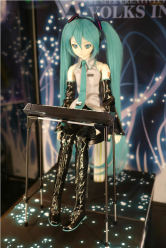 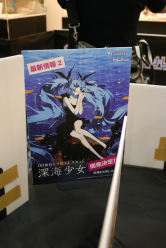 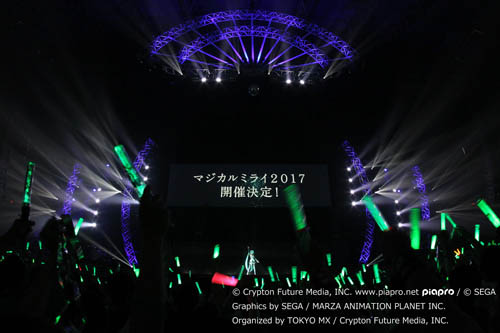 The Hatsune Miku: Magical Mirai event this year is held at Makuhari Messe International Exhibition Hall on September 9th~11th, and is considered to be one of the biggest successes with an overwhelming amount of 25,000 visitors. A brief moment of the live concert and exhibition highlights is now available for viewing on Youtube, and features the performance “39 Music!“by MikitoP.

Below are the videos on the official Hatsune Miku Youtube channel. 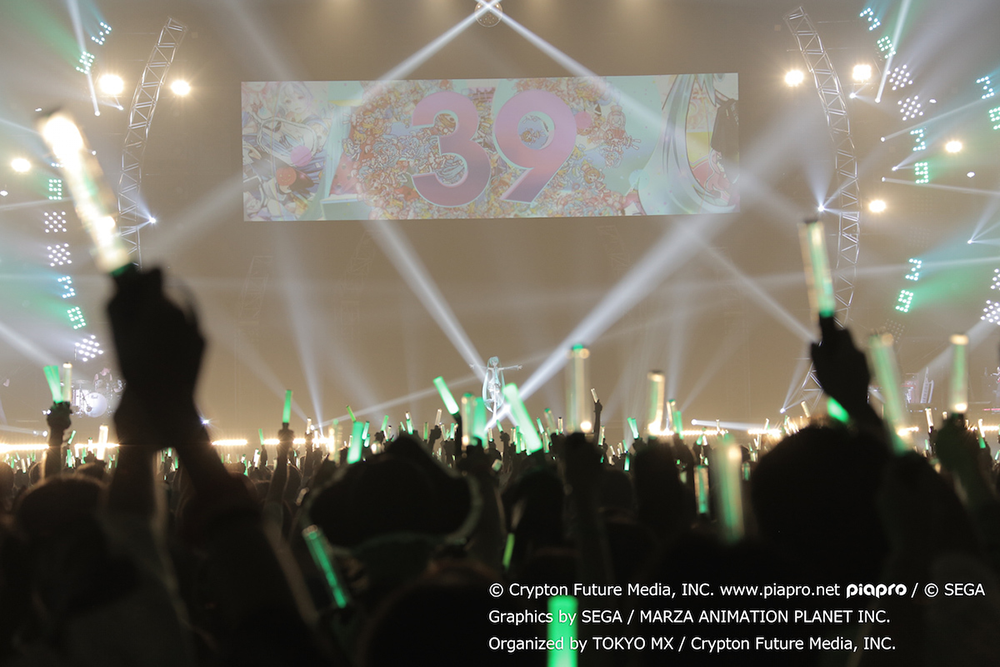 The Hatsune Miku: Magical Mirai 2016 Blu-ray & DVD are now available for international preorder! The Blu-ray and DVD will feature an original package illustration by LENA[A-7], and each will come in regular and limited editions, with the bonus differences being:

Preorders will be available until items are out of stock, with the release date scheduled for December 21st. More information on Magical Mirai 2016 and the live concert setlist are available here.

Below is a gallery of the live concerts held at Makuhari Messe International Exhibition Hall on September 10th~11th via ure.pia.co.jp (1 2) 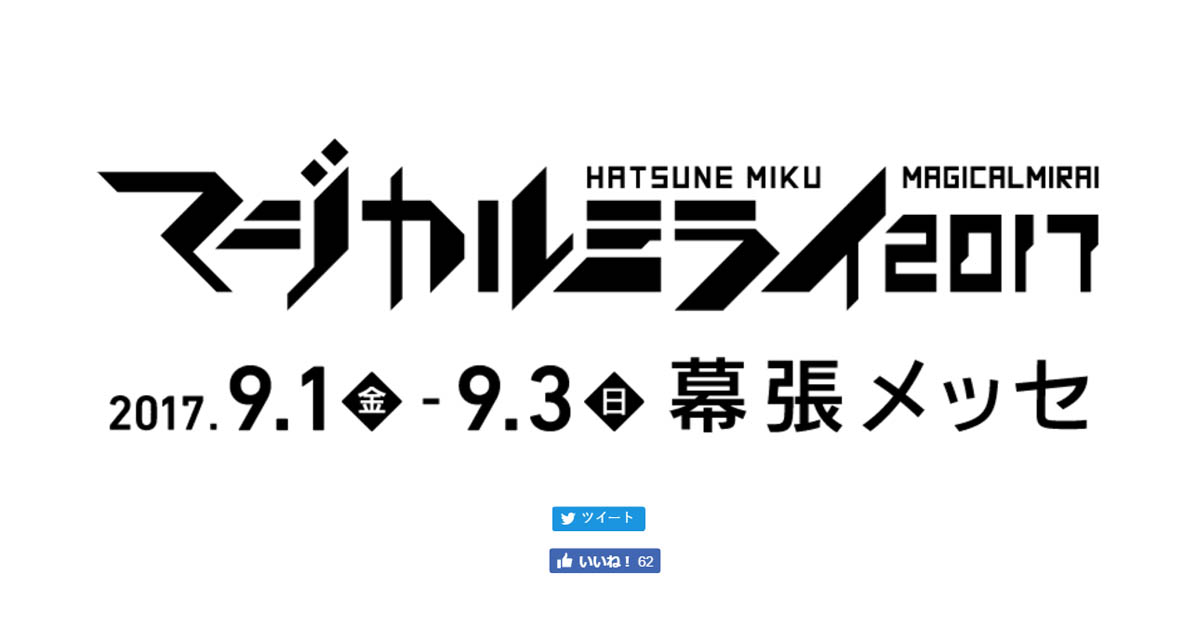 Following the final performance of Magical Mirai 2016 tonight, the first news update for Magical Mirai 2017 has been announced! The event will be held on September 1st~3rd at Makuhari Messe in Chiba, Japan next year. Further information detailing the ticket sales, activities, attractions, collaborations, goods, etc will continue to arrive at later dates. Stay tuned! 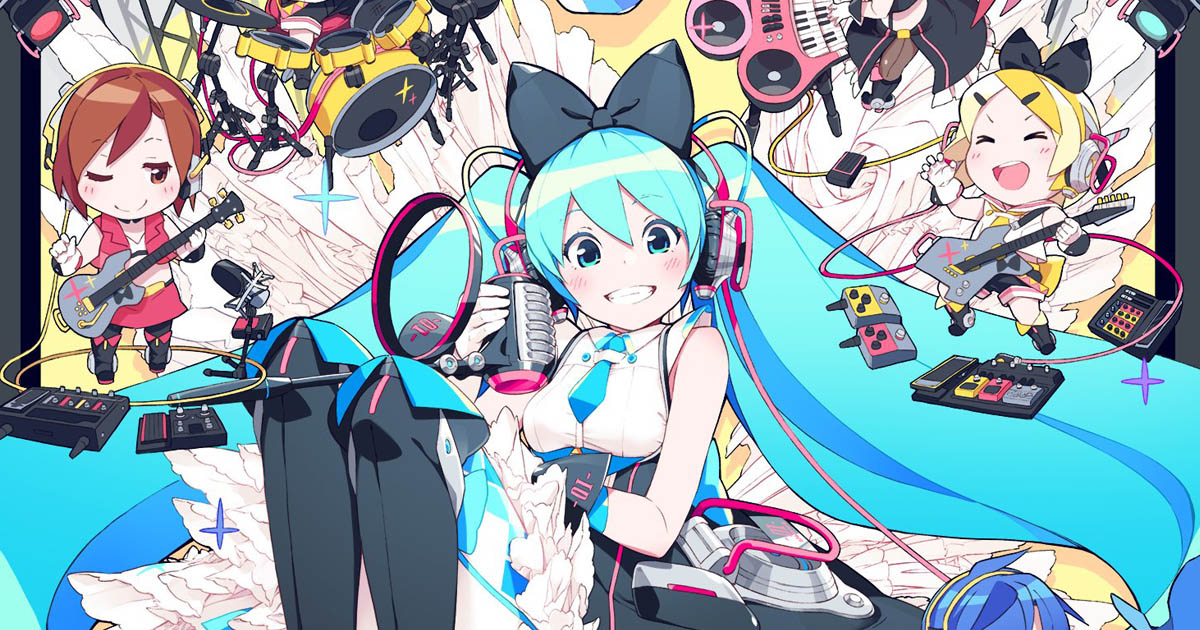 The Hatsune Miku: Magical Mirai event this year takes place at Makuhari Messe International Exhibition Hall on September 9th~11th for exhibitions, and September 10th~11th for live concerts. The exhibition areas feature various booths and attractions, and we’ll be covering on the exciting news and announcements they brought.

One of the exhibition areas’ main attractions is the life-size Miku statue on display dressed in matching outfits from this year’s main visual by LENA[A-7]. Some may remember the life-size statue from the past Magical Mirai events, where she’s dressed in matching outfits with each year’s main visual. Also announced in the event are the winning designs for Snow Miku 2017 & Yukine by the artists 西名＿にしな! and LFさん.

At VOLKS booth, we have a movable Dollfie Dream “Dollfie Honey” Miku Ver. moved by the MikuMikuDance program on display, and shows Miku playing the keyboard to the song “Hoshi no Kakera” by Eiji Hirasawa. We also have a new outfit announced for Dollfie Dream Hatsune Miku based on the song “Deep Sea Girl” by YuuyuP, with prices and release date are to be announced at a later date.

Visitors to the exhibitions may also encounter a long wall with graffiti by the official illustrator for this year’s main visual, LENA[A-7], and a small “hole” in it, where visitors can take a peek at Miku’s dressing room during their tour there. Finally, the official Hatsune Miku: Magical Mirai 2016 Blu-ray & DVD have been announced for preorder starting from today until September 30th at 23:59 JST, with the release date scheduled for December 21st. Unfortunately, international preorders are not available as of now.

Below is a gallery of the highlights from Magical Mirai 2016 exhibitions.