With the site a bit behind the times on most Vocaloid events, I think a recap of all major events for 2011 thus far is in order.

With everything from amazing public events to devastating natural disasters, 2011 has shaped up to be a big year for Vocaloid fans everywhere. So with that, enjoy a dose of Miku flavored deliciousness.  Read the full story!

The year started off with the announcement for a new revision of the highly popular Snow Miku Nendoroid that was released in 2010. Not only were several new facial expressions included, but the overall detail and look was vastly improved. Also included was an ice tray mold that allowed you to make Miku shaped frozen treats, and various other sweet goodies. Sadly it was only sold within Japan, and getting your hands on one was almost impossible.

Now how can this event go without mention? Known to be the next “must see” celebration event after the 39’s Giving Day concert, this time it was premiered in Tokyo. Using an all new song lineup and costumes, the show was certainly a sight to see, although somewhat short compared to the previous concert. With many songs shortened and mushed together into a medley, it’s almost as if they were rushing the show. The people who were lucky enough to attend also received special gifts. 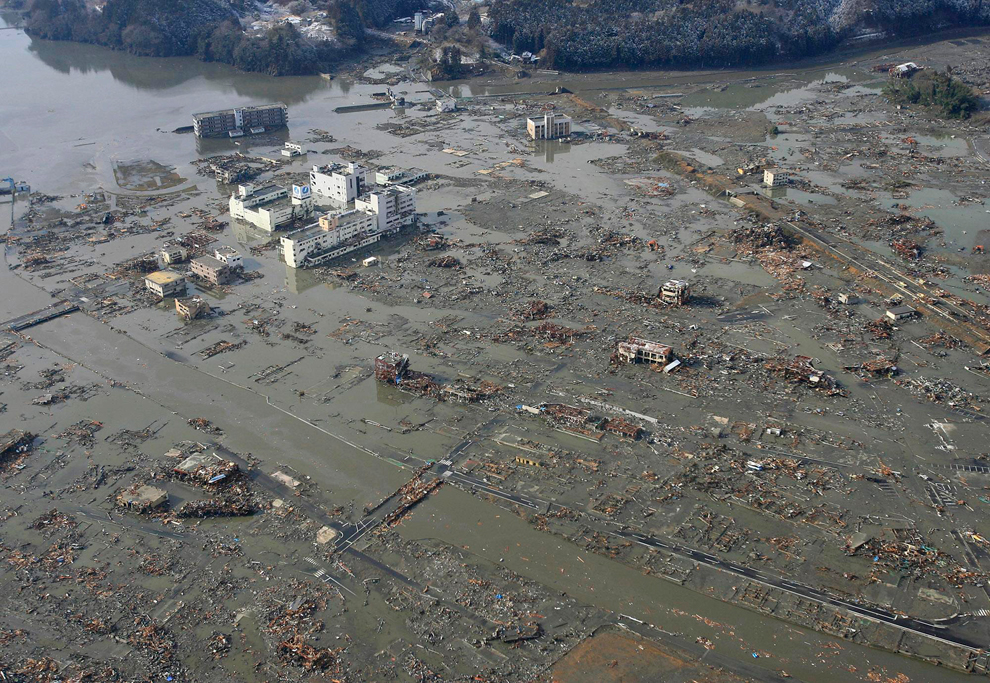 Just mere days after the concert event, an estimated magnitude 9.0 quake rocked the eastern coast of Japan, causing a massive tsunami that wiped out entire towns. To make matters worse, a nuclear reactor was damaged to the point of near meltdown, causing widespread panic.  Many lives were lost in this unfortunate event, and the recovery will take many years. But the help and support of many is helping with the process.

Just days after the earthquake, Crypton along several other Vocaloid music distribution sites announced that, for a period of time, all proceeds from music purchased will be donated to the Japan Red Cross. They even pledged a minimum of 500 Million Yen for the donation should the amount in purchases not reach that goal. This is an amazing act of generosity, of which even I used to purchase some music. My hat goes off to you guys!

In March, Goodsmile Company announced the first of many “Cheerful Japan” charity products, the Miku Support ver. Nendoroid. With her cute cheer accessories and a smile that will make anyone feel better, this product was priced for an amazingly low 3,000 Yen. 1,000 Yen from each figurine purchased would be donated to the Japan Red Cross to aid in the disaster relief. There was a small error in the shipment of this product later on, which caused them to be delivered later than usual. But Goodsmile even refunded the shipping cost to all buyers as an apology. I ordered one myself, and I’ll make a quick review very soon.

This was an event that can be seen as both a major flop, or a major success. The amount of stories and news over the new Toyota Commercial featuring Hatsune Miku driving a Toyota Corolla kept going on for WEEKS after is was released, mostly negative as well. It was criticized for using a lower quality CGI model than what we were used to seeing, as well as being a sellout. Following commercials from Toyota had people screaming that they were trying too hard to “Americanize” her. While most people saw this as a bad move, we had little idea of what was soon to come out of this unusual partnership…

Oh man, this was a news announcement that rocked the world! As the first official live performance outside of Japan (thanks to sponsorship from Toyota), this news announcement had people rushing to purchase their expo and concert tickets. I myself had never attended an Expo or Convention in my life, so this was an amazing experience for me. I had my Expo and Concert ticket ordered within the hour of the announcement. Which is a good thing, as the concert completely sold out in just 2 weeks. The concert was shown in the Nokia Theater which has a seating capacity of 7,100. Only half of the available seating was used though. The concert was more amazing than I could have hoped, and the Expo itself was also quite a bit of fun. They even confirmed the future release of English versions for both Miku and Kaito! Below is a quick slideshow video that I made the day after the concert event. Much like the event in Tokyo, the Sapporo performance was another successor. Only even more so. This event was so large, they couldn’t even fit it into a single day. To top it off, the entire event was done for the sake of charity, as the proceeds were donated to the Japan Red Cross. Quite a wonderful thing to do in her own hometown. The models were once again redone to make her look more streamlined. Kind of like a mix between Project Diva on PSP and Project Diva Arcade, if you can imagine such a thing. Due to piracy from the Mikunopolis performance, there was no live stream on nicovideo Japan. All attendees also received the same gifts as the Mikupa in Tokyo event. Unless you’ve been living under a rock for the past 3 years, you’d know that BRS is a popular franchise that grew to fame thanks to help from a particular Vocaloid we all know and love. With that said, fans everywhere were absolutely ecstatic to hear that a game was being made for the PSP. The game was finally released over 7 months after the first announcement of development, and sadly did not live up to some people’s expectations. The game was a JRPG type action game that felt like a mix between Real Time Strategy, Hack and Slash, and even Shooters. It was a uniqueness that set it apart from many other JRPGs at the time. While the game itself was very well made, it was also a bit shorter than was expected. None the less, it is a must have game for those who are hardcore BRS fans. Known as the next major installment of the popular Project Diva franchise, it has also been called Project Diva 2.5. This is partly due to early confusion that the game would be a mirror copy of 2nd, with only some new content added. However, more recent news has gone far beyond this. The game borrows some of the tracks from 2nd, but also adds a lot more new ones. Also included is most of the content that was DLC in 2nd, along with many new modules to choose from. Those who also manage to order a first press copy will also receive a bonus media disk of sorts. The game launches on November 10th 2011, so it’s not too late to pre-order! I already ordered mine, so I hope to write a review on that later on as well. Here was my pre-order source:  via CDJapan. Here’s an announcement that took many people by surprise. During a Nintendo Press Conference in Japan, a new Miku themed title was announced in development for the Nintendo 3DS. This news is somewhat unusual since the 3DS has had less than spectacular sales early on (but has changed recently thanks to the price drop). There are far more PSP owners than there are 3DS owners, and the 3DS also has regional lockout. Despite all that, the title is very interesting in design. It’s a rhythm styled game similar to Project Diva on PSP, but has notes on a circular guide rather than flying onto the screen. Miku herself is also portrayed in her Nendoroid form in this title, which is an unexpected but very cute twist. The limited 3DS sales and regional lockout has me wondering what SEGA had in mind with this idea, but I’m sure it will do fairly well (it is Miku after all). Anyone outside of Japan will have to play the game on an imported 3DS unit. The game is slated for a March 2012 release. Announced as the first true live performance for Asia, this news is quickly overshadowing last year’s flop at AFA2010. The concert is said to feature model and costume sets similar to the Mikupa concert held in Sapporo. I know a few friends in Singapore who will be attending, and I expect they’ll have a great time. I hope to write more news on the event after it shows on November 11th.

The Future of Vocaloid While this has been a quick recap of most major events, there is far more going on than we see most of the time. There is no signs of growth slowing down, and we’ll have many more amazing events to look forward to. More recent announcements include the release of the VOCALOID3 engine, and the GT300 racing results, and even a winter music festival in Japan. But those will have to wait for future articles.

2011 still has some time to go, but it’s already been so much more than we could all ask for. I hope you all enjoyed the quick recap, and look forward to the remainder of 2011!