On August 30th, VOLKS/ZOUKEI-MURA INC announced a new Dollfie Dream design based on Hatsune Miku’s character, and the news spread across the Vocaloid community very quickly. On September 13th, VOLKS updated the announcement page with new information on the product specifications, including the process of designing the doll. 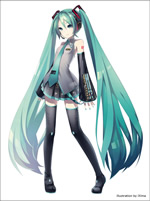 Under the special comments section, it was revealed that VOLKS borrowed the creative talent of iXima for designing the doll and outfit. iXima is known as the new official illustrator for Hatsune Miku’s V3 (Japanese) software, and also has experience with designing figures as large as 1/1 scale.

The same page also contains an interview with iXima, where he discussed his duties as supervisor for the doll’s creation process, as well as some of his work with Crypton. For now, it’s only available in Japanese.

The figure is approximately 1/3 scale in size, and will have a preorder price of 65,100 Yen, including tax. With the current exchange rate, this comes out to approximately $656 USD. But for such such detail and size, many fans will find the temptation difficult to refuse.

VOLKS will begin accepting preorders worldwide between September 28th and December 1st, 2013 from their English store. Product payment and shipment are scheduled for Fall 2014. This means that those who place their preorders will have around a year to save up for this beautiful figure. 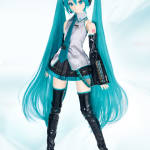 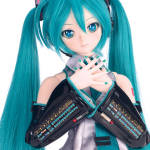 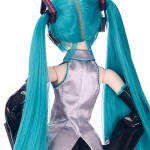 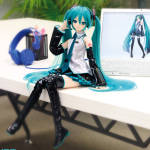 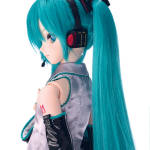 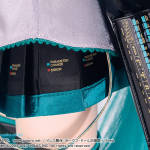