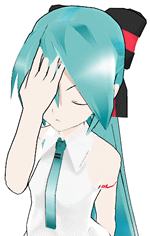 As the Vocaloid movement becomes more and more popular, it also attracts more and more attention from the press, both good and bad. We’ve seen plenty of negative or even downright uneducated articles over the years, and the community has dealt with a lot of them (usually through vocal bashing until they finally cave under the pressure).

Things are a bit different once we have a higher profile news site like CBS News make a blunder like they did in their article from last Friday. Not only is CBS relatively late to the party, but a lot of the article information was ripped from other sites. The biggest issue, however, is the title of the article.

I was one of the people who caught this early before much of anything was said about it, and was also the second person to ever comment on the article. I was hoping that CBS would catch on and fix the title before anything drastic happened. I’ve seen what the community’s general response is to something of this nature.

Sadly, the situation was not fixed by the time the official Hatsune Miku page commented about the article the next day. As expected, all hell broke loose in the comment section of the article. Four days later, CBS still seems to have not taken any notice of the negative feedback, and the article has remained untouched since its original publication.

News of the community reaction towards the article has quickly spread, and it’s even making news over on Japanese Vocaloid blogs and news sites. While CBS intended for the article to be read by English viewers, they have very quickly made an embarrassment of themselves on a global scale. All because of a poorly written title (“fakest” isn’t even a proper English word).

We can only hope that they’ll eventually take notice and fix it. Perhaps future news writers will also learn a lesson from this. But I suspect they wont.