Following the previous news announcements of the next Real Action Heroes Hatsune Miku figure, the April edition of the Hobby Japan magazine has finally been released. Inside is a page showing the official concept art for the “Honey Whip” outfit for Hatsune Miku: Project Diva f/F, created by Saitom (also known as the official illustrator for Racing Miku 2013).

This same artwork is being referenced for the next Real Action Heroes figure design, which was the community vote winner. The bottom of the page says that “major followup announcement will come in April”. So unfortunately, this magazine release didn’t tell us much for information, but we may be able to expect orders to open this April. 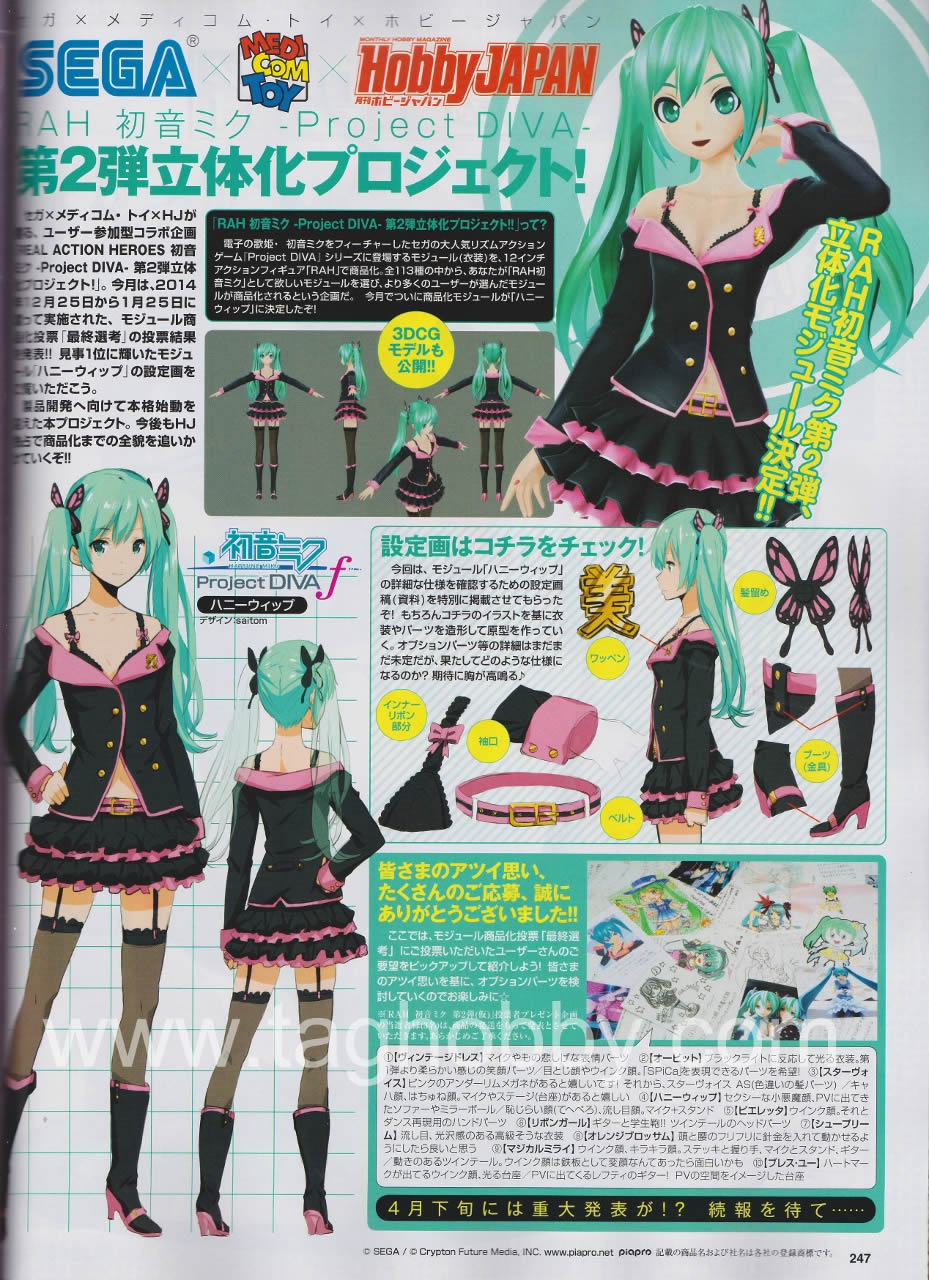