In today’s world, the vocaloid culture is ever expanding, and gathering support from more creators and fans from around the globe. Yet despite this, we can’t help but feel that fans outside of Japan are often overlooked by creators and fans within Japan. Many producers I’ve spoken with have also been surprised by Vocaloid’s popularity overseas.

So with this feeling of isolation and disconnection with fans in Japan, it’s great to know that a group of fans have come together to form an event called “VOCACON“, which focuses on sharing the creations of the Vocaloid culture from around the world, finally giving fans within Japan a sense of the culture’s global scale.

I was able to speak with Yukky, one of VOCACON’s executive members, to learn more about some of Vocacon’s events from the convention held in February of this year.

VOCACON 2015 was held at the YAMAHA Resort in Shizuoka, Japan, where Yamaha generously provided the space for the event. VOCACON as a whole had far too many activities to cover in detail, so we picked out a few highlights: MikuMikuFace, the “Miku Shrine”, ApiMiku fan concert, introduction of fan creations/activities from around the world, and industry guests. 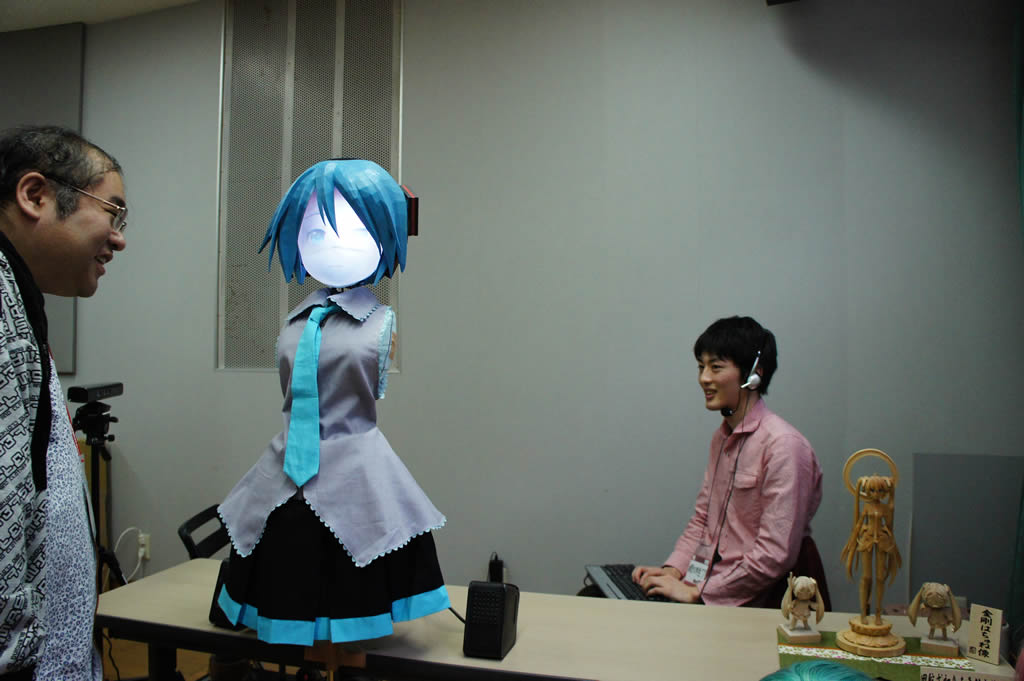 MikuMikuFace made its first ever public debut (outside of online video demonstrations) in its “completed” version at VOCACON, and was created by Takemoto Takuma, aka “Himana Gakusei 7“, the same person who also created MIKUTYPE, a software that allows “real time” Vocaloid speech by typing and humming. By combining the two technologies, Takuma was able to allow fans to experience “communicating” with Hatsune Miku. The demo served as an example of robotics, live changing expression and Vocaloid speech technologies. Learn more about MikuMikuFace here.

Since the convention was hosted in one of YAMAHA’s own resorts, the event of course attracted attention from YAMAHA’s own staff to host information panels on their technology for guests. Two other major Vocaloid software companies, AH-Software Co. Ltd. and Internet Co., Ltd, also participated to show off the features of their software. The way they presented their sessions felt as if they were playfully competing against each other. 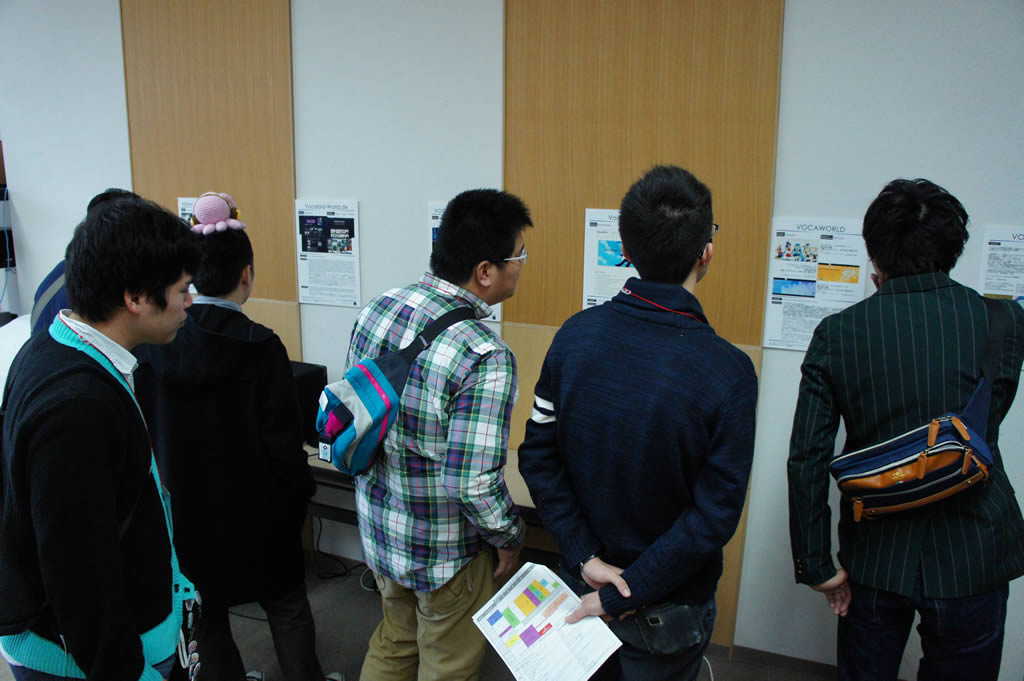 Introduction of Vocaloid fan activities from around the world. 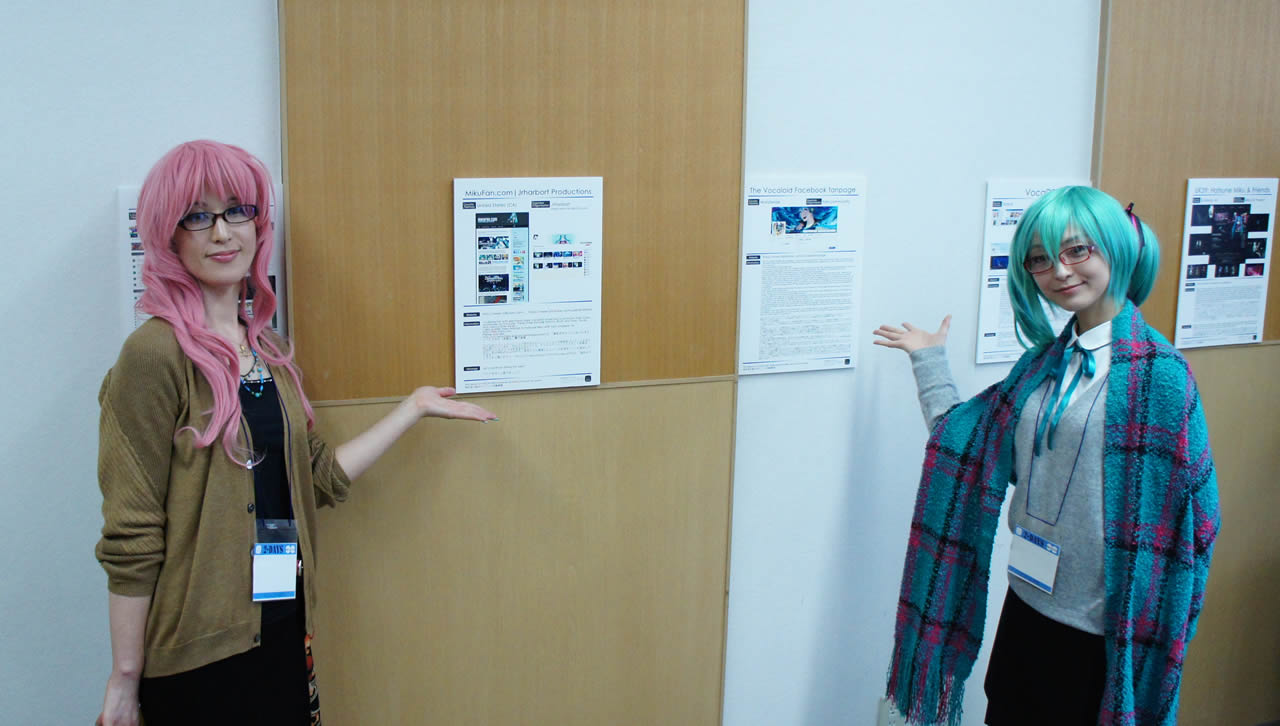 A major highlight of VOCACON was to show just how much Vocaloid fans around the world contribute to the sharing of the Vocaloid culture. A total of 12 different Vocaloid fansites/groups/activities from various countries were introduced, including our own site mikufan.com and several of our site partners. Many fans attending the con were surprised to learn there was so much interest and activities from overseas fans. This also attracted the interest of local journalists that were attending the convention. 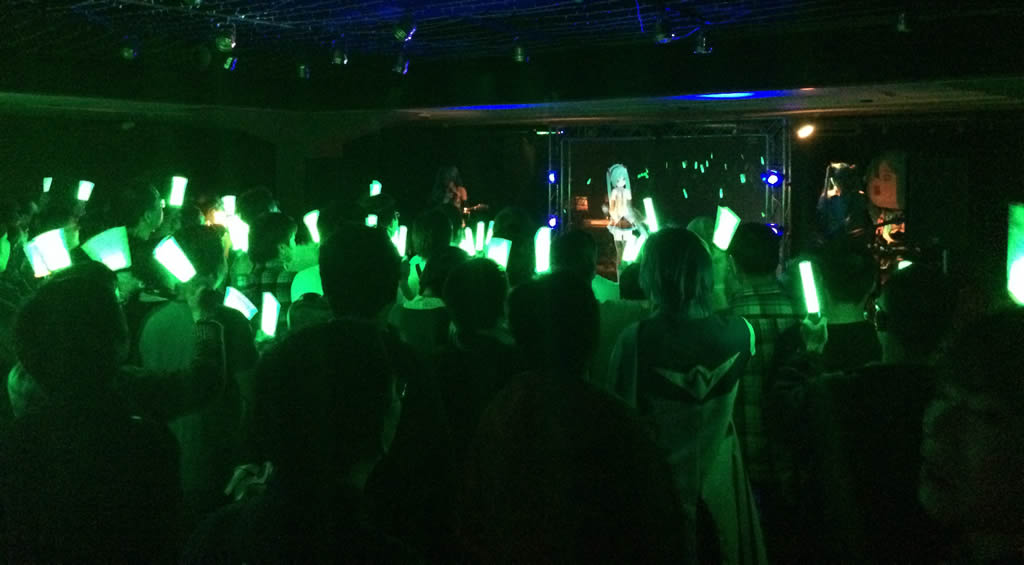 What would a Vocaloid fan gathering of this size be without some sort of fan concert? The YAMAHA staff graciously provided the guests with a high quality dilad screen for the Vocaloid fan concert, featuring the ApiMiku model for MikuMikuDance. While there is no video of the event, we were given the setlist of songs that were enjoyed during the performance:

Another “absolute must” that you will see among Japanese Vocaloid/Hatsune Miku fan gatherings is the construction of a “Miku Shrine”. Many fans will bring an item with them to set up on a display: A plushie, figure, illustration, clothing, anything! The massive display symbolizes their unified love and passion. The display set up at VOCACON 2015 is among the largest and most diverse seen at any Vocaloid related event to date. It certainly makes for an impressive sight that would make even the most adventurous collector “teal with envy”.

One of the events planned for VOCACON, but unfortunately cancelled by a humorously repeating weather pattern, was a stargazing event. Stargazing is a relatively popular activity among Vocaloid fans, with space/star themed songs also being popular. Cloudy/rainy weather unfortunately put a stop to this event, and it’s a problem that seems to plague Hatsune Miku related events quite often. Because of this, Hatsune Miku is often joked as being a “rain girl”.

This is all we were able to cover with our brief discussions with the VOCACON staff, but you can find far more photos of the event on Twitter from the hashtag #vocacon (VR was another largely popular activity). We also hope that fans around the world will take inspiration from events like this and try creating their own local gatherings and conventions! Thank you very much to the Vocacon staff for their efforts in sharing the Vocaloid culture, and sharing the contributions of others from around the world!