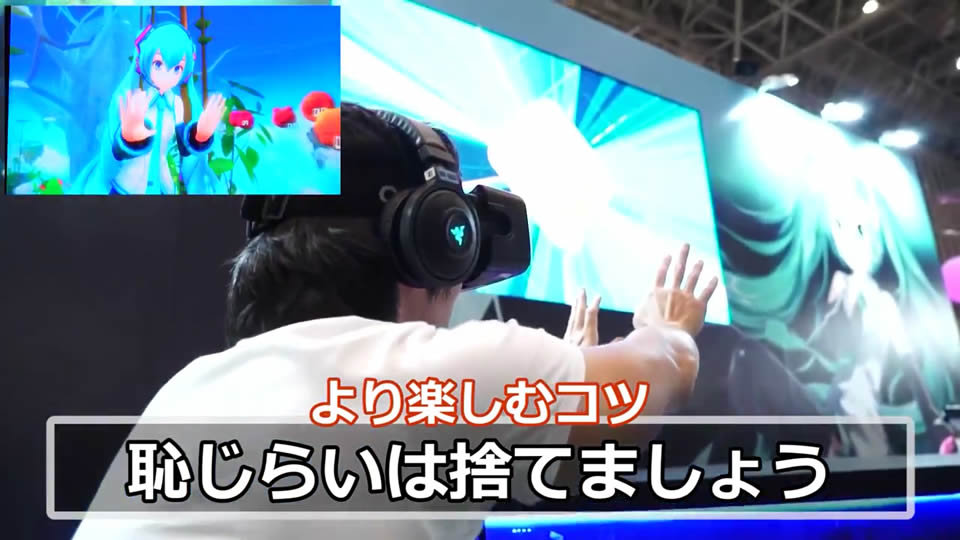 The largely popular Japanese video blog channel “KazuChannel” has shared his experience of the VR event on YouTube.


Teased at the end of the video was a special Rohto Digi-Eye version of the new HACOSCO VR Headset, a simple cardboard-based headset that allows you to turn most smartphones into a virtual reality device. The headset makes use of its own free app for Android and iOS, and even features its own mobile version of “Hatsune Miku VR LIVE -ALIVE-“!

The headset itself is available from Amazon Japan and various book stores in Japan for 1000 Yen ($8.30 USD), so acquiring the headset from overseas may be somewhat difficult. A video showing how to assemble and use your HACOSCO VR headset is available below. Via MikuStream